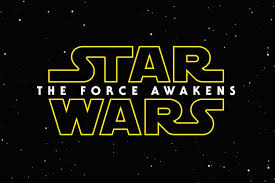 This is indeed happening.

When I was growing up, even though it wasn't in the years of 1977 or 1980 or 1983, I have always felt the power of the Star Wars franchise. When I was growing up, it may not have been in the time of first experiencing these characters and the main story. But I got the special edition original trilogy, and I grew up with prequels as well. From the mid-90's until I was a freshman in high school, "Star Wars" was something that took up a lot of my time. "Star Wars" always felt like an event, something mightier and higher than any other art form. I really can't believe I will witness a whole new adventure.

I will admit, I was timid at first. When it was announced that Disney had bought LucasFilm, and that episodes VII, VIII and IX were a definite matter, I was timid. I didn't see a need to revisit this story. I knew authors and other artists had been expanding the universe of "Star Wars," for years, but honestly what else did anybody have to say. It seemed Disney just wanted to make money, not bring this brand back with a purpose. And in a post-prequel world, that was a risk more than a reward. (Remember, while I am one of the very few people who actually like the prequels, I know they don't hold a candle to the original trilogy, and I know we are all not united in celebration over the prequels like we are the original trilogy.)

I think that a new creative avenue is what Disney needed in order to make this new frontier special. It seems, much like with their Marvel property, that Disney is getting people together who care. I don't think the actors and directors would come together to make something half-hearted. I don't think Mark Hamill, Carrie Fisher, Harrison Ford, Anthony Daniels, Ken Baker and Peter Mayhew wouldn't return if they didn't believe what J.J. Abrams was doing wasn't worth it. Say what you will about what Abrams did with "Star Trek," but the guy is good. He's real good. I know for a fact he wants to treat this story with care.

So today, as I watched the less-than-two-minute long trailer for "Star Wars: The Force Awakens," all I was happy about, was feeling like a kid again. If this entire movie can make me feel this nostalgic, while also telling an engaging story. I will be a happy boy indeed. For right now, get ready for a year of marketing!

Posted by Shawn Hoelscher at 8:02 AM