Who Played It Best? Jack Torrance

WHO PLAYED IT BEST? JACK TORRANCE 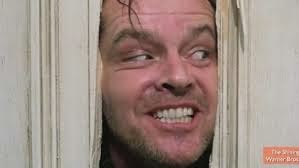 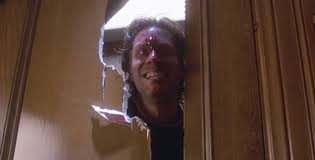 ﻿
﻿The Shining has always been one of my absolute favorite Stephen King stories, and I hope that says something as I am a King-o-maniac. I have seen the 1980 Stanley Kubrick film with Jack Nicholson and I saw the television mini-series with Steve Webber (from the hit 90's show "Wings"). Since I have begun to delve into the world of television on this blog, I think it is safe to have them double-dip on this column now.
For those of you who haven't had a chance to see either versions of this story, or if you haven't read the book, let me give you a quick rundown. A man named Jack Torrance is a man haunted by his past, and as a way for himself and his family back on track, Torrance takes a caretaking job, taking care of a hotel over the winter. During his interview, Torrance learns that the hotel has some horrific history (to say the least), but he is desperate for a new path, and he takes the job. The history begins to slowly catch-up with Torrance and begins to torment him. It also torments his young son Danny, who happens to have psychic powers (which makes the torments that much worse). That is the story in a nutshell without giving too much away. Essentially it is a classic haunted house story which happens to feature the boy from "The Sixth Sense" (The Shining came first, mind you). As you could probably tell from the pictures above, playing the role of Jack Torrance takes a little bit of crazy. Mixing a crazy guy into a troubled yet loving father who is trying to piece his family back together, and you get a character who is more complex than originally thought. So did the silver-screen treatment or the mini-screen treatment do the character justice?
My Two Cents
Several Stephen King purists like to take a dump all over Stanley Kubrick's movie. Yes, Kubrick's film is nothing close to the book, but man does Jack do many great things in the role. I think he has a perfect blend of family man and crazy person and his slow-burn decent into madness is so aspiring to watch unfold. I certainly think that Nicholson fit the bill of the context that Kubrick tried to set with his film. On the other hand, the mini-series is quite a bit longer and is much truer to the book. Steve Webber may not be Crazy Jack, but he brings a complexity to the role that the character needs. I think the fact that Webber just looks like a "family man" and that gave him an edge Nicholson never had. I also think Webber delivered a complexity the character severely needs for it to work. As much good as Nicholson did, it seems the script hurried his character development up a bit, while the mini-series allowed for the character to breathe a bit. I understand how legendary Nicholson is, I have loved and respected Nicholson for my entire life, even when everyone wasn't in his corner. With that said, I can't help but believe that Webber was the right actor for the role of Jack Torrance, even if he wasn't the best choice.
Agree? Disagree? Let me know in the comment section below or email me your votes (bloggershawn@gmail.com) You have until next week to vote.
LAST WEEK: WHO PLAYED IT BEST? FATHER MERRIN
The best Exorcist in the world took a shot last week in this column. The results are in and here is how it all shook out.

YOU HAVE UNTIL NEXT WEDNESDAY TO VOTE FOR YOUR FAVORITE JACK TORRANCE!
Posted by Shawn Hoelscher at 7:45 PM