Terminator: Genesys
It seems for several years now that Warner Brothers has been playing a "rinse, dry, repeat" game with their Terminator franchise. I love the first two films. Honestly, who doesn't love the first two films? But, as I read online tonight, a critic made a very good point. It seems that James Cameron told the entire story of Terminator in two films, and it seems every other effort in the franchise has only existed to limp it into more life. 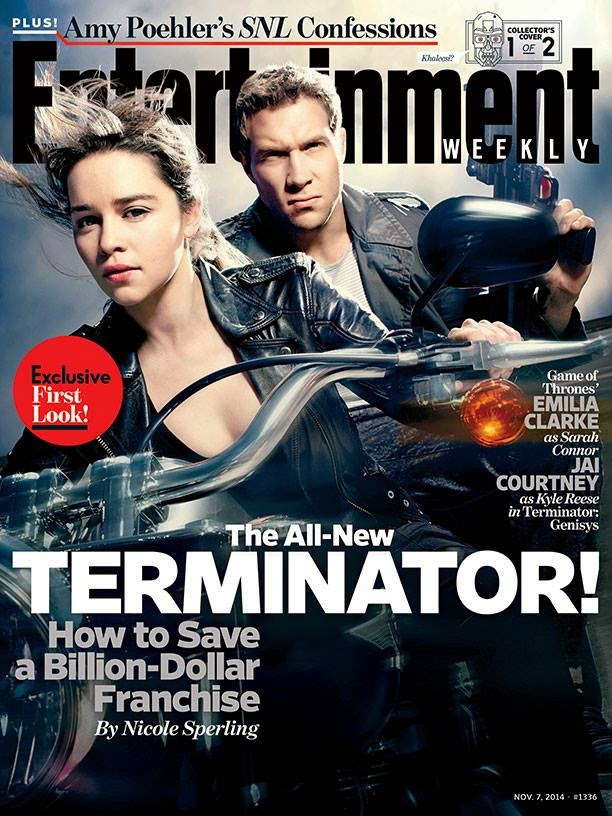 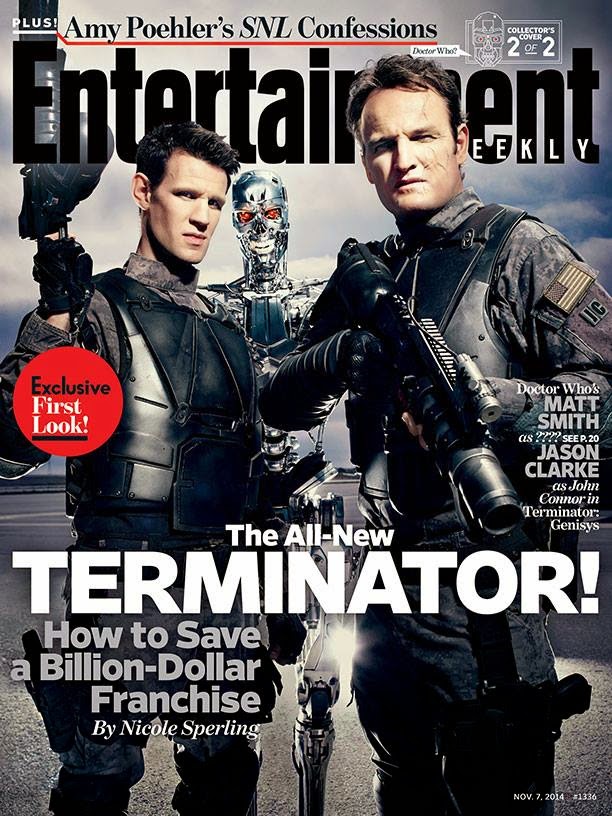 These two covers were released today to begin promotion from "Terminator: Genesys," which will hit theaters on July 1st, 2015. They feature Emilia Clarke (Game of Thrones) playing Sarah Connor and Jai Courtney (Spartacus, A Good Day to Die Hard) as Kyle Reese riding a motorcycle. On the other cover, Matt Smith (Dr. Who) is playing an unidentified character and Jason Clarke (Dawn of the Planet of the Apes) as John Connor. Oh, and there is a terminator robot smiling.
Look, I like Emilia from "Game of Thrones," I am electrified with excitement that Jai Courtney is breaking out to superstardom, as I loved "Spartacus" with a burning passion. I also like Smith and Jason Clarke quite a bit. I just hope that this is a story worth telling. Every film that has come after T2 has left a bad taste in my mouth, and I want to be entertained by this franchise again. Right now, Warner Brothers has a huge uphill battle to fight right now. There are many fans of Terminator who have grown more and more jaded as this franchise has worn on. Even though Warner creates promising trailers, they never add up to much. People are losing faith in this franchise, left and right, and Warner Brothers needs to reignite passion fast.
Will they do it? Maybe. I will reserve my judgment until after I see a trailer. I am sure lots of marketing and discussion is on the horizon. For right now, these characters photos didn't do much for me, how about you?
SOURCE:
﻿
﻿
http://www.hitfix.com/motion-captured/new-terminator-genisys-details-unveiled-to-less-than-stellar-reactions﻿
Posted by Shawn Hoelscher at 6:52 PM