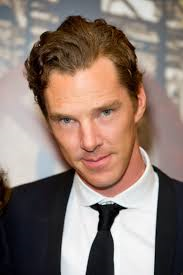 The last time there was so speculation about a Marvel casting, it around 2009 and 2010. There was a laundry list of actors being courted for Captain America, ranging from John Krasinski to Mike Vogel to Ryan Phillippe. For such an important character to the Marvel pantheon, it seemed like the film would never be made. Ultimately, I feel Marvel made the right choice, even though I would not have said that five or six years ago.

Tonight, it has been reported that Benedict Cumberbatch will play Doctor Strange for Marvel. I am sure the Doctor Strange will appear just in time for Phase III. Cumberbarch comes after several actors were mentioned over the past five or so months now. When the prospect of a Doctor Strange film was offered, actors like Johnny Depp, Jon Hamm, Ethan Hawke, and Edgar Ramirez were in the rumor mill.

I like Cumberbatch a lot. After 2013, and after "Star Trek Into Darkness" and "The Hobbit," it seems Cumberbatch is being embraced by the mainstream. I have absolutely no problem with that, because I love Cumberbatch. I just feel he was a very safe choice. How can someone not see Cumberbatch playing a mild-mannered, American Harry Potter? Marvel has been successful enough that they can start taking chances, and I believe they have casting people like Chris Pine and Paul Rudd for their films. I just wish we could see more of that.

But I also understand the need to cast Cumberbatch. Doctor Strange doesn't have the popularity that Captain America, Spiderman or Hulk does. Doctor Strange is an unknown for the general public, and you can't necessarily cast an unknown to play an unknown. You need somebody to help break the character out. Iron Man has become a Marvel stock character, but he certainly wasn't there back in 2008. The acting power of Robert Downey Jr launched Iron Man to superstardom and the same can be done for Doctor Strange by Cumberbatch.

Who is excited by the casting of Cumberbatch? I am certainly ready to see this movie now.