Who Played It Best? James Rhodes

WHO PLAYED IT BEST? JAMES RHODES 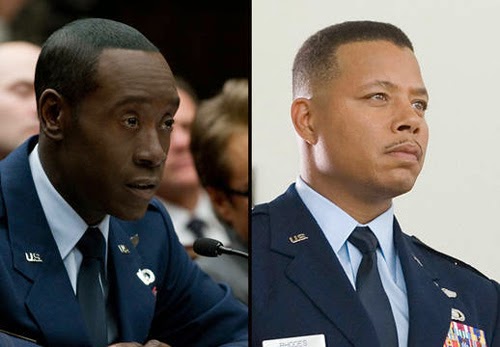 Hollywood is similar to any other business, it can be rough sometimes.

Sometimes when I watch “The Avengers” I think to myself “Ya know, even though I am a big fan of Ruffalo, I bet the chemistry between Robert Downey Jr. and Edward Norton would have been amazing.” During times like these, I wonder how different “Iron Man II” and “Iron Man III” would have been if Terrance Howard kept the Rhodey role and he had not been replaced by Don Cheadle. Yes, I know that Howard (and Norton for that matter) are nearly impossible to work with, but sometimes the smallest thing can change the direction of a movie completely. Don Cheadle and Terrance Howard are both driven character actors, and I wonder if there is one actor people liked over the other.

My Two Cents
I think Don Cheadle will have lots of traction in this debate simply because he has had the most traction with the role. He’s two films deep right now when Terrance was only one film deep. I like what Cheadle has done with the character and I think he’s grown very well in the character. However, if I am being honest with myself, I keep getting hung up on this question. Out of all the artists that have been shit-canned by Marvel, I wish that Terrance Howard kept living on in the shoes of James Rhodes (Not as much as I wish we got to see Edgar Wright’s version of “Ant-Man.”) simply because he had certain finesse to the role that I feel Cheadle hasn’t touched yet. Plus, I always felt that Howard looks more like solider than Cheadle does. If casting Marvel movies were up only to me, I would have cast Cheadle as The Black Panther. Due to his acting style and also how well he can pull off an African accent (go rent “Hotel Rwanda!”). Due to these reasons, I surprisingly would give the edge to Howard.

Email me (bloggershawn@gmail.com) or simply cast your vote in the comment section below to decide your favorite James Rhodes. You have until next Wednesday.

LAST WEEK: WHO PLAYED IT BEST? VITO CORLEONE
Last week was a battle between two iconic mobsters, played by two iconic actors. Here is how the vote shook out.

he didn't make any offers we couldn't refuse.