What Bill Murray Thinks of an All-Female "Ghostbusters" movie. 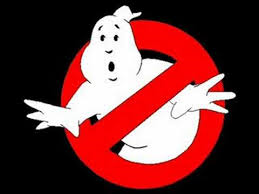 Now, it seems that an all-female "Ghostbusters" movie is becoming an real possibility, and when I originally reported this story, I got behind an all-female "Ghostbusters" movie. I think women need to be better represented in these high-concept movies, and I think if written, directed and casted right, a Girl Power team of paranormal hunters could end up being a ton of fun at the theater.  The idea is beginning to catch so much traction that Bill Murray recently piped in his opinion of the idea, do you know what he said? It is probably not what you think...

"It sounds great to me. It sounds as good an idea as any other! There are a lot of women that could scare off any kind of vapor! No, it’s a grand idea, I don’t know who they’re talking about, but it’s a good idea, I would watch it!  I mean, I love Robert Palmer’s videos, so why wouldn’t I love the female GHOSTBUSTERS?"

Yeah, his comment maybe a little sexist, but at least he likes the idea. Murray also felt that Melissa McCarty, Kristen Wiig, Emma Stone and Linda Cardellini (Mad Men) should be considered for the movie. A cast like that is something I think I could get behind too.

The big question now is that this: would this idea push Murray to want to participate in the film to some capacity? Well, its too early to tell right now. I am just glad he is talking about this franchise again and he likes the direction this film could take. This movie could end up being something special and I can't wait to see where it goes from here?