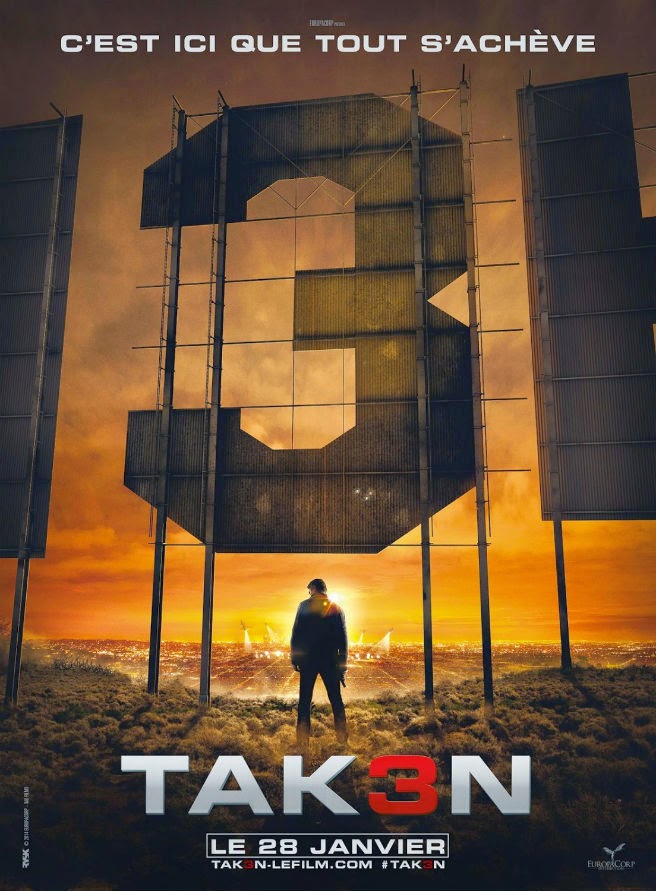 I just don't get it.

If I were Bryan Mills, the ex-CIA agent played by Liam Neeson, I'd probably re-evaluate my status as a father. Whose family gets abducted this many times?

I thought the first "Taken" movie was fun. It wasn't awesome, it wasn't great, but it was fun. There is a certain itch that comes around every once in awhile as an action genre geek, and "Taken" certainly scratched that itch. I didn't feel we needed a "Taken 2" and I thought the finished product was completely forgettable. Which is how I arrive at "Taken 3," or "TAK3N" as it is being stylized, what is the point of this? Do we really need a third entry in this franchise, I mean do we really? Isn't Liam Neeson just playing a variation of Bryan Mills at this point? Whether he's on a plane, or solving a whodunit mystery or fighting wolves, has he not just turned Bryan Mills into a caricature? Honestly, who was abducted this time. I figured after "Taken 2," he would have put the most state-of-the-art surveillance on his entire family around the globe for 24-hours straight? Will Bryan Mills get abducted and it is up to Maggie Grace and Famke Jenssen to save him?

I have a bad feeling about this third entry, especially since the second entry was not that special. Moving the franchise to Hollywood isn't very promising to me either, as I liked that the first two films were abroad. Plus, after being burned in the past way too often, if your sequel has a stylized number in the title where a letter should be, something is very wrong.

But apparently Forest Whitaker is onboard for this one, so maybe it all won't be bad, we shall see. We will find out in January.

Posted by Shawn Hoelscher at 10:02 PM