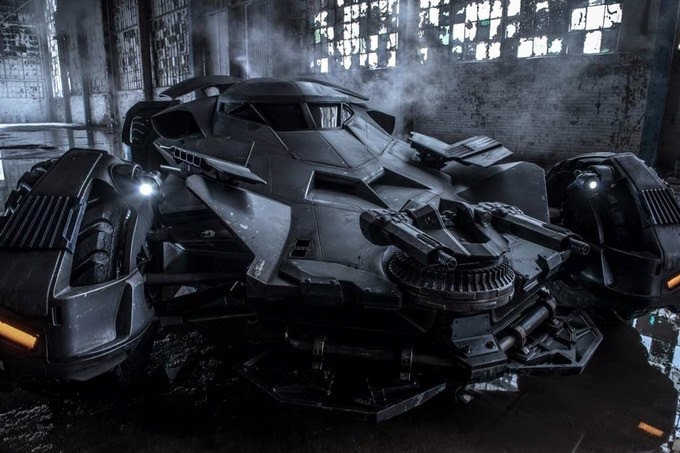 Being a Batman fan my whole life, I have seen many different forms of the Bat mobile, sometimes it looks sleek, sometimes it looks like a big, clunky tank (ala the Christopher Nolan's films). No matter what, I will be saving my opinion of the actual Bat mobile until I see it in action. Just as a photo, I think it looks pretty cool. I am digging the guns in front, and I like the look. I will say though, it kind of looks like a bastard-child version of the Nolan Bat mobile, but it still looks pretty cool. I can't wait to see it in action.