Sin City: A Dame to Kill For" Review

Sin City: A Dame to Kill For" Review 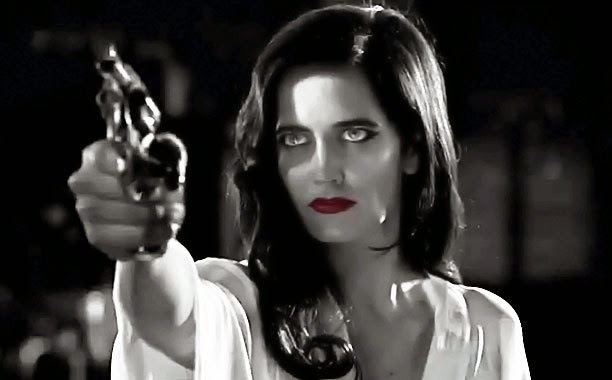 When you sit down to make a movie, it seems that you have to strike while the iron is hot. History has proven that if an artist sits on an idea for a long, long, long time, that usually means trouble for the overall accomplishment. How many of you know that before Steven Spielberg, “A.I.” was going to be directed by Stanley Kubrick? Kubrick never got the movie made before his death, and he gave it to Spielberg to finish. The film that followed was a horrible representation of Kubrick’s ideas and a tedious miscalculation in general. Even great movies are not quite the same after so long. While I like Martin Scorsese’s “Gangs of New York,” I understand that it is one of the only Scorsese movies that is not universally embraced. Had Scorsese made the film in the late 1970’s, I wonder if word on the film would have been different. In show-business, you can’t wait and once you have a hit and if you think you can make more money on it, and then by all means, indulge on it. Otherwise, somebody else might go ahead and cash-in on your brilliant idea.

“Sin City” came out in 2005 and it was a movie I dug quite a bit. I always love movies that feature a cast of characters that I love equally and I don’t necessarily have a favorite character. Such was the case with “Sin City.” Add a groovy homage to film noir, throw in an incredible ensemble of actors and featuring a host of delirious stories. “Sin City” may have been pieces of storytelling and style that we had seen before, but it director(s) Robert Rodriguez and Frank Miller made it all feel original. It was a movie that screamed to be a franchise, and it was critically and commercially successful, which is a pretty big deal for a movie that received a hard R-rating. Rodriguez and Miller always wanted to make a sequel, but a bunch of hilariously buffoonish reasons kept a sequel from happening. First Rodriguez wanted Angelina Jolie for a specific role, so he wanted to wait for her to have her baby before starting. Then those plans fell through, and then some cast members died, and there were studio delays, and there were script re-writes, and then release dates were revised. All of this and more created delusion that a sequel would never come.

Finally, in August 2014, nearly a decade after the first film’s initial release, “Sin City: A Dame To Kill For” is finally here. There are a few things that I like about the sequel. Rodriguez and Miller have once again created a visually lush urban landscape. One of the main draws for this franchise has been the visuals and the visuals on this second time around are stunning. I also have noticed that Eva Green and Frank Miller may have some kind of secret connection with each other. I didn’t know what to expect earlier this year with “300: Rise of an Empire,” which came from another work by Frank Miller. But I will say the film blindsided me in a good way, and one of the reasons why it worked so well was because of Eva Green. Once again, Eva Green delivers a sexy, stylish and strong performance. Her Ava Lord is a hypnotic presence, and she is one of the highlights of the sequel. I also think the film benefited from casting Josh Brolin, Joseph Gordon-Levitt, Christopher Meloni and Christopher Lloyd. All of them delivering wonderful performances and adding to the pulpy flavor of the material.

Despite some good decisions, there seems to be something missing from the sequel. The film feels empty, lacking something essential for its success. Or maybe it has too much of something. While I liked Mickey Rourke’s portrayal of Marv in the first film, he is drastically overused in the sequel. Part of the reason why I liked him so much in the first film was because he felt like a character I could identify with. Rodriguez and Miller gave Marv such a rich story with even richer writing that I fell in love with the character. In the sequel, Marv doesn’t have a good story, nor does have any type of personality. He is just a guy looking for a reason to beat the crap out of someone, and it gets old fast. Especially since it is Marv that connects every story in the sequel together. It is one of the oddest decisions Rodriguez and Miller made, and by this point, the film was just getting started with its underwhelming qualities.

It seems that Miller has lost his writing touch. The sequel is set up like the first film, with several stories taking place in Sin City interlocking with each other. These stories were based on a series of graphic novels written by Miller. In the first film, each story was based on a story from the comic series. In the sequel, there are two stories that Miller wrote specifically for the sequel, and they did not come from a story from the comic series. Funny, that these two stories are the most boring of the entire movie. One involves Johnny (Joseph Gordon-Levitt) a smart-ass gambler who wins a poker game against Senator Roarke (Powers Booth) who takes the loss a little too personal. The writing for the story feels like Miller was writing a sequel, throwing jokes and stabs that those who saw the first film will get. I hate that kind of writing in a sequel, and this story was soaked in it. It also doesn't help that Johnny's story goes completely nowhere and features a horrendous non-ending. There is a “big reveal” in the middle of this storyline, but it is so sudden and so under-explored that it falls with a loud dud.  Another original storyline involves Nancy Callahan (Jessica Alba) plotting revenge on Senator Roarke for killing her lover, Hartigan (Bruce Willis). While this sounds like a cool set-up, it plays out like every other revenge movie, and it ends so anti-climatically, and so quickly that I didn’t care. Rodriguez and Miller did such a good job with making the audience care about each character and each story in the first film, but this time they surprisingly ignore several characters and their respected storylines.

The film opens with an adaptation of “Just Another Saturday Night,” which features Marv looking for someone to fight. While the first film opened with a cool, collected story, which really set-up the movie we were about to watch, “Just Another Saturday Night” felt very dull and I was already not excited for the sequel once the opening titles began. Easily the strongest story is “A Dame To Kill For,” which features Eva Green, Josh Brolin and Christopher Meloni. (as well as Ray Liotta, Jeremy Piven, Juno Temple, Jamie King and Rosario Dawson.). Had the film just been a longer adaptation of this story, the film would have been much stronger overall. This segment features the best performances, and the richest writing. If Rodriguez and Miller wanted to keep the interlocking stories scheme, why not use some of the great stories from the “Sin City” lore? Miller is clearly not a strong writer anymore, so why not adapt some great stories from the mythology he created? Did he not want to play it safe? Whatever the reason, the film suffered heavily from it.

While I disagree that I completely hate “Sin City: A Dame to Kill For,” I can’t help but feel amazed by how disappointed I am by it. “Sin City” was my favorite film of 2005 and one of my favorite films of the decade, and I hoped a sequel could fulfill that film high again. Sadly, that is not the case, “Sin City: A Dame to Kill For” is a frustrating mixed bag, with the cons nearly suffocating the pros. With so many bad ideas mixed with how poorly the production of this sequel was handled, I have a feeling this will be the last time we visit Basin City again, and that is just sad all around.