Overlooked Film of the Week- "The Intouchables" (2011)

Overlooked Film of the Week-#71 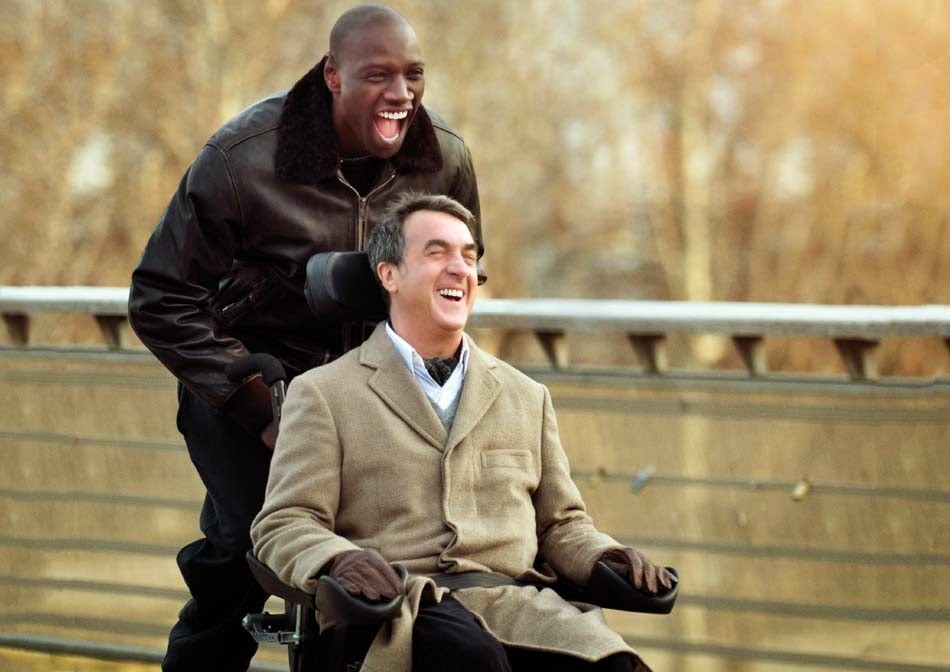 The beginning of “The Intouchables” is one of the very best moments of the movie. We see Driss (Omar Sy), driving Philippe (Francois Cluzet) down the streets of Paris. Driss is driving blisteringly fast and Driss and Philippe have some kind of wager going. Driss is an African Frenchman wearing a hoodie and a leather coat while Philippe is wearing a nicer coat and has his beard grown out long. Driss’ driving begins to get police attention, and he eventually gets pulled over. The police immediately think that Driss is a criminal based on his appearance, and they plan to arrest him without much of detail. But soon, Philippe begins to foam at the mouth and Driss tells the cops that the reason he was driving fast was to get Philippe to the hospital, and he explains that Driss is his caregiver. Appalled, the cops leave and even go as far as to give Driss an escort to the hospital. Driss and Philippe get into the car and laugh, Driss wins because he called that the police would offer an escort.

“The Intouchables” is a comedy about finding friendship in the most strange of places. Philippe is a rich quadriplegic who has lived the high-life for awhile. Now he is hiring live-in caregivers to assist him with his life. He seems completely unsatisfied with each candidate until he meets Driss. Driss doesn’t seem to want the job, he just wants Philippe to sign a waiver saying he went there and was rejected to that he can continue to live off of welfare. Despite having no experience and no recommendations, Philippe sees something in Driss and decides to hire him. Although Driss has no qualifications and has a rather unorthodox style, Driss does well taking care of Philippe and soon a friendship emerges. They both begin to embrace each other’s cultures, styles and interests and the bonds run deep.

The work by Sy and Cluzet is absolutely stunning. Their relationship is the glue of the story and they work wonders on screen. Sadly, you would never have known how talented Sy was as an actor playing Bishop on “X-Men: Days of Future Past,” as he didn’t have as much screen-time in that film that I hoped. Here, Sy shows off why he got the interview for the role in the first place, giving a pivotal, human performance. He is both uncompromising and comedic as Driss and I also very much like the work done by Cluzet. He does very good work in the quadriplegic roles and plays the part very convincingly.

The movie is very funny, but it has a golden heart and soul. There is a reason why this film was nominated for best foreign film a couple years ago, it really is that good.

Posted by Shawn Hoelscher at 7:26 PM