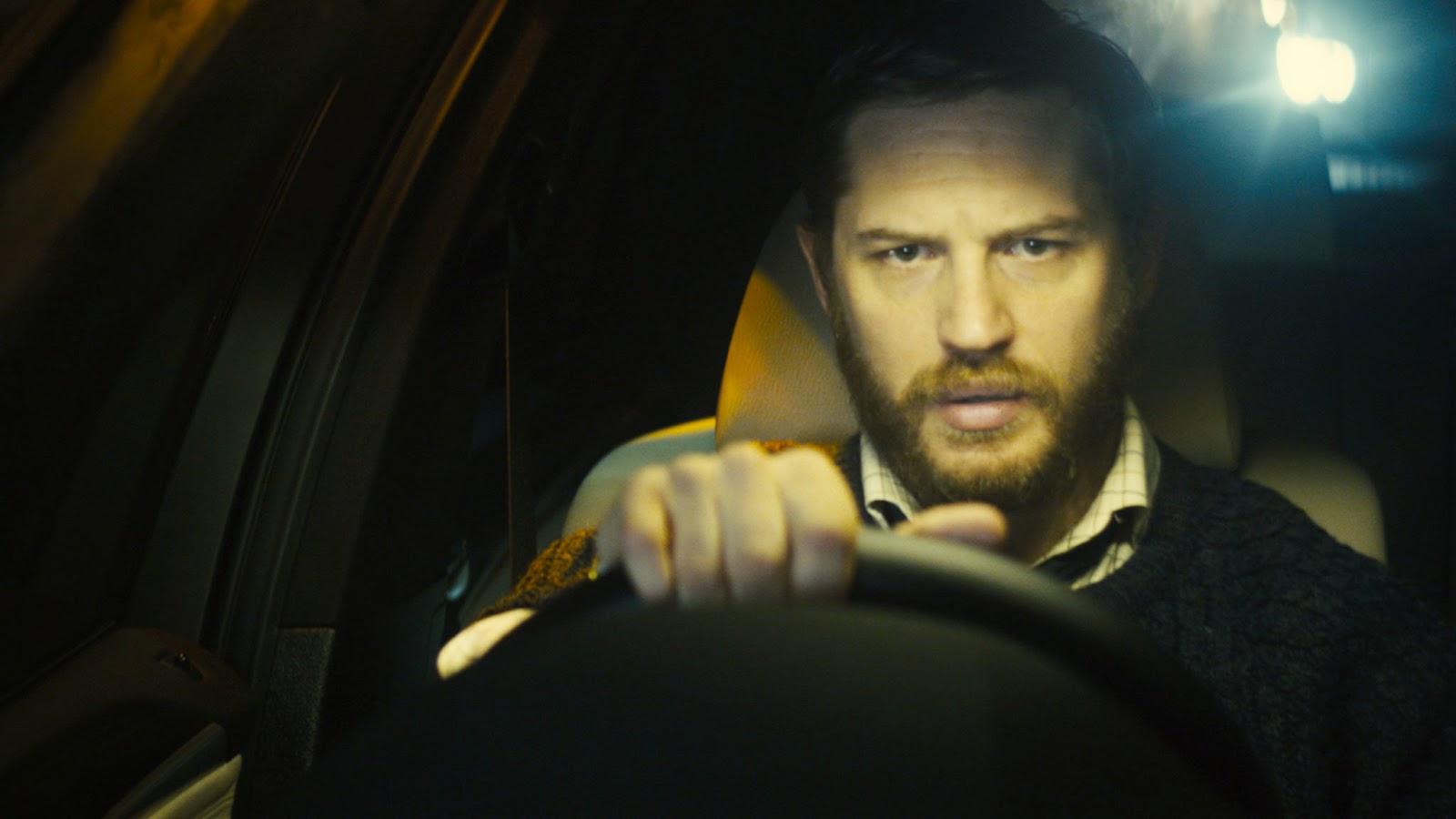 “Locke” is a cool movie. We barely see any movies these days that take place completely in one setting, especially in such an enclosed setting like a car. But that’s what makes “Locke” cool, the entire movie takes place in a car and the only actor we see is Tom Hardy. The rest of the cast is heard through phone calls through the car. It has been awhile since I have seen anything remotely close to “Locke” and I am glad that director Steven Knight took the time to make it all worthwhile.

Hardy plays Ivan Locke, a man who works for a profitable construction company. Locke is a man that has worked hard for his company and he is dedicated to his life, which includes his wife and two kids. But Ivan Locke, everything is about to change. At the spur of a moment, Locke gets in his car and is prepared to drive an hour and a have because of a decision he has made. This decision will get him fired from his job and separated from his family, but his past is what is driving his decisions and he is trying to be a better man, no matter what.

It is amazing how good Tom Hardy is in this. Hardy’s career so far has been composed of mostly tough-guy roles, even in his independent stuff like “Bronson.” Here, he plays a normal guy caught in a sticky situation, and he nails it. He shows a range and a talent that I never knew had and never thought I’d ever see him possess. Hardy proves that could possibly win an Oscar sometime down the road and he makes us believe in everything his character does. The rest of the cast includes Ruth Wilson, Olivia Colman, Andrew Scott, Bill Milner, Ben Daniels and Tom Holland. Like I said, the cast is only heard through phone calls. Locke is constantly talking to his family, his job and others on the phone and the voice-work by the rest of the cast is very good. It is incredible how this cast can create a compelling story line and strong characters only through the sounds of their voices.

The music by Dickon Hinchliffe sets the mood right and the brilliant cinematography by Haris Zambarloukos creates a powerful backdrop, even though the film is constantly on the road. I hope people really see and celebrate this movie and I hope Tom Hardy receives more roles just like this one. While the film feels like, even at a hour and nineteen minutes, this is a fun and ambitious film.

Posted by Shawn Hoelscher at 10:21 AM