There was a time when it seemed Pixar was unbeatable as a studio. They felt like Midas in Hollywood form, and everything they touched turned to gold. It seemed everything they would make would become a hit, make tons of money and become another cultural sensation. Then after “Toy Story 3,” there seemed to be a decline in effort, and in story-telling. The studio went into sequel mode and they decided to stop taking risks with their story-telling. Their studio ever hurt, but they seemed to go creatively bankrupt. I mean watch “Toy Story,” “Finding Nemo,” “The Incredibles” and “Up” then watch “Monsters University,” and “Cars 2” the difference is pretty clear.

Next year could be a massive return to form. We have our first official image of Pixar’s “Inside Out.” The new film coming out next year. Apparently the film will take place inside the subconscious of a little girl and her emotions will be the characters in the film. It seems like a unique way to approach a film and it will certainly be unlike anything Pixar has made so far. I want to start believing in Pixar again, and this could be the film to do it. 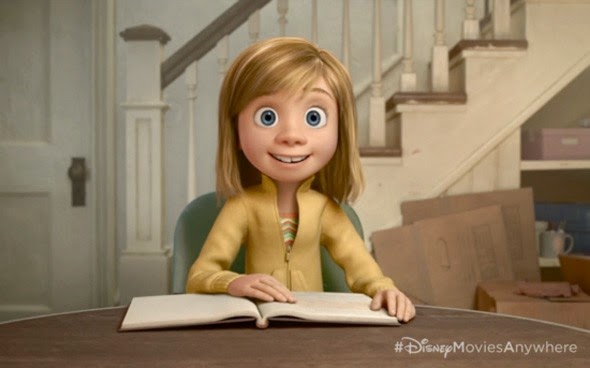 Posted by Shawn Hoelscher at 9:04 PM