Tonight marked the first night of Chicago Comic-Con, and for the first time in my life, I was blessed with 4-day passes. So I have three more days of fun and madness over at the Con in Rosemont, Illinois. I will meet some cool actors and I see tons of cool people. I won’t get too close with everybody I wanted to see, but that because these events are expensive and I am sad to report that I am not made of money. But I am still having fun. I saw Michael Rooker and Josh Peck, and just being able to breathe the same air as those guys was worth the trip.

What I did do, was get an autographed photo of Lou Ferrigno with my best buddy Eric. The line was pretty small once we finally got over there. (Eric and I stood in a line for the first hour getting into the event and then paying for the autographs.) So Eric and I moved pretty quickly through the line. I have to admit, standing face-to-face with the guy was a little intimidating. He had a very serious look on his face, but once we finally made a little small talk, he was his typical friendly self. It was a wonderful opportunity to meet the man and get a photo with him. I had no idea how the autograph session would work, so getting a photo with Mr. Ferrigno was icing on an already delicious cake.

At the opening ceremony for Chicago-Comic Con, Eric and I saw Ferrigno again as well as Jason David Frank, the original Green Power Ranger from the 90’s incarnation of the show. I grew up watching the original Power Rangers. I loved the TV show and I recall liking the movies. It was pretty cool seeing Jason David Frank; it seems like a real fun guy. There was a moment during the ceremony where Frank put his arm around Ferrigno and said, “You can’t beat green, am I right?” Everybody had a great laugh afterward. It was cool seeing these guys together and interacting with each other.

The rest of the Con was…overwhelming, in the best possible way. There are two huge rooms, and these rooms are full of vendors. These vendors are selling art, toys, movies, games, book-bags, masks, costumes, and yes, lots and lots of comic books. Eric and I got ourselves some funny posters. We both got Colt 45 beer advertisement posters which featured Billy Dee Williams as Lando Calrissian, holding a Colt 45 beer, with Princess Leia over his shoulder, duded out in her Jabba’s Palace bikini. I also picked up a cool, slightly-humorous poster for “The Hunger Games.” There was so much to see and do that Eric and I walked through the same aisles a couple of times and we did not even realize it. There is so much to see and do and look through that it can make one’s head spin, in the very best possible way mind you. Yes, there were Cosplayers, people dressed up in the coolest of costumes, and you can bet that Eric and I got as many photos with them as possible. The detail and commitment to these costumes is unbelievable and these people make this convention even more fun.

This is the first night of four and I am already having a delightful time. I think you will notice that these days are going to get better and better and I have some surprises that I won’t tell you about until the day they happen. Keep tuning in each night over this weekend for more updates. 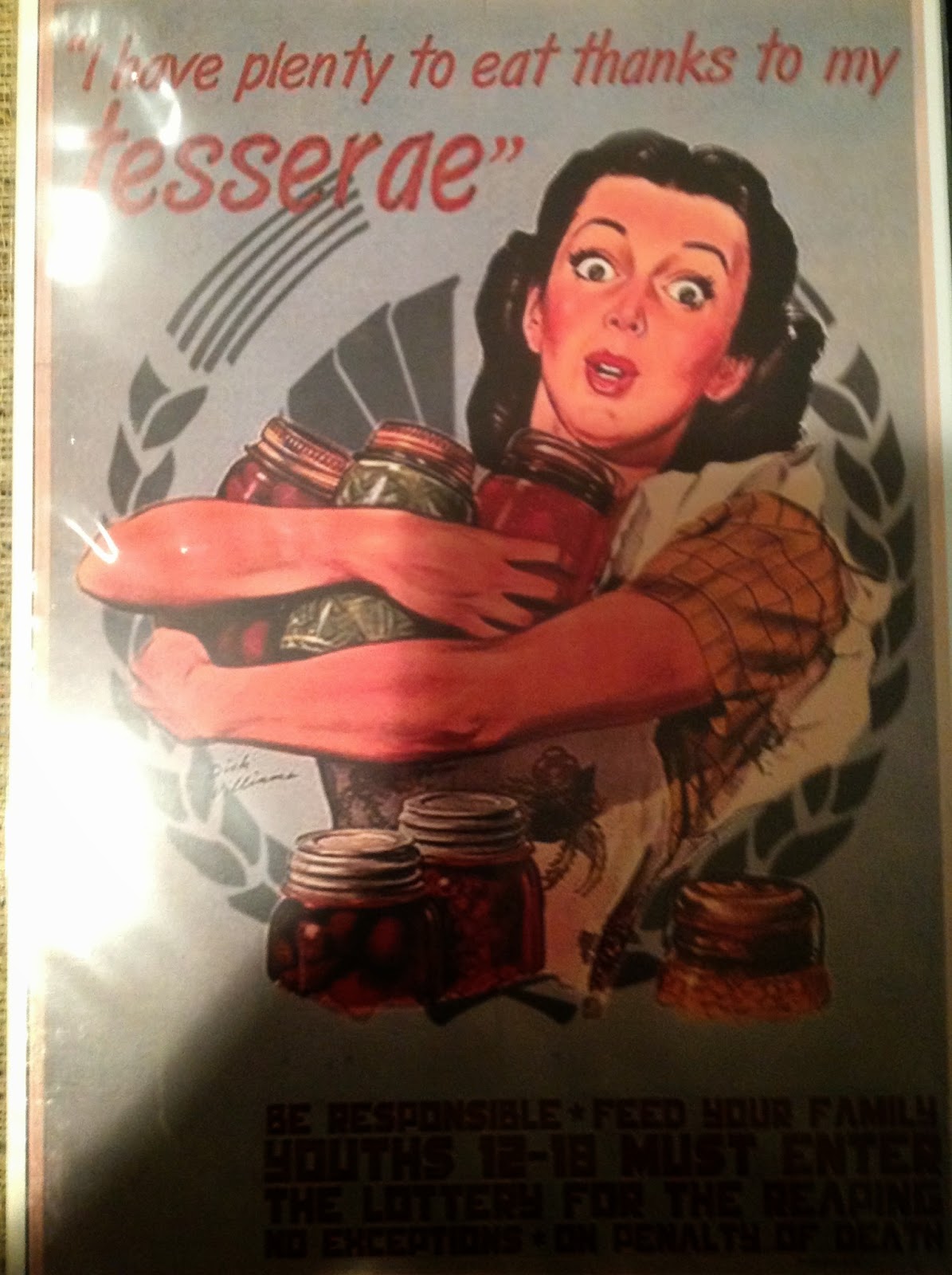 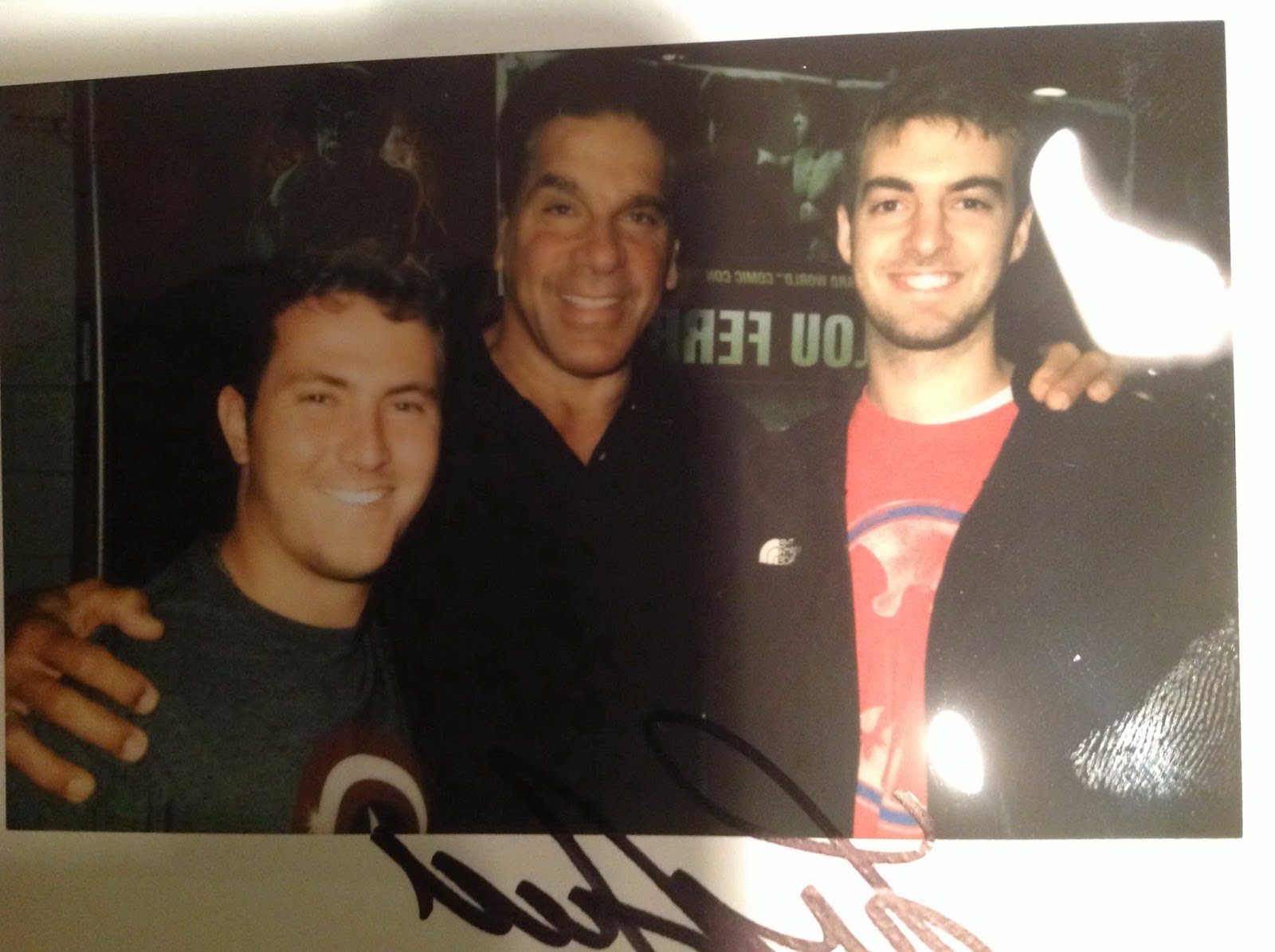 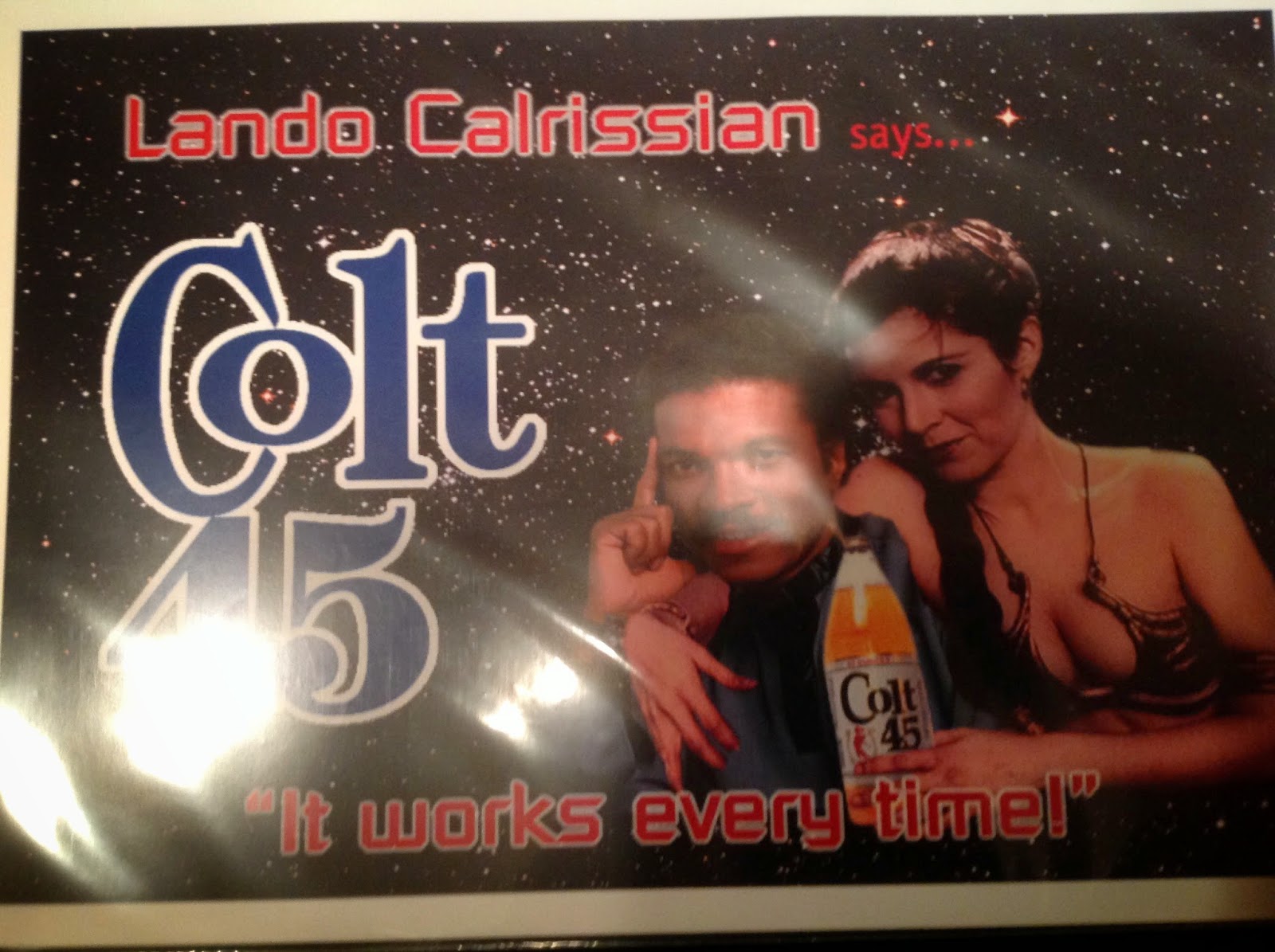 Posted by Shawn Hoelscher at 8:48 PM