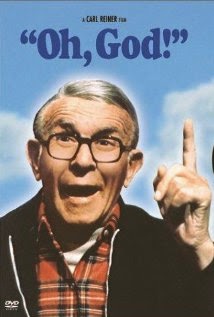 Something cool happened last night. It is nothing major, it is nothing that is going to make me a Super Movie Blogger any time soon, but it certainly is cool. I don't mean to gloat and I don't mean to boast, but I think what I am about to write is something unique and informative in the world of movies. Since I am knee-deep in a movie blog of my own right now, why not discuss it? Plus, I think it is merely natural when a "personal claim to fame" moment occurs and we tickel ourselves over it. I think we can do that without wedging our heads too far up our own butts, so please, if I offend anyone I am apologize. If you like reading this blog, you will want to hear what I have to say and see what I want to show you.

Other than Roger Ebert, if there was any other film critic that helped inspire me to write about movies on my own blog, it is Drew McWeeny. Much like Ebert, he is not a pompous film critic who carries a "Holier Than Thou" attitude in each of his reviews. What I love about the online film criticism community is that all the writers feel like they are one of us. I certainly can't speak for all of them, but most of these guys (and gals!) are not trying to sell any type of agenda, they don't think they are superior to the artists who play out on the screen. They simply tell you if the film resonates with them or not, and the what follows is some really fun, upbeat film criticism. McWeeny has one of the best voices in the online community right now. His writing style and opinion comes from a very passionate, very personal piece of his heart, and that speaks volumns in his writings. When you read something from somebody that is so passionate, its intoxicating, its addicting, and you instantly gravitate toward it, wanting to know more.

Drew McWeeny has his own web-show on his website entitled "Ask Drew." It gives his readers an opportunity to ask Drew McWeeny anything about movies. (Drew has been living in Los Angeles and reporting on movies since 1990. So yeah, to say he's seen a lot is an understatement.) The catch is that you don't send your questions directly to him, you send them to his website's video team and they pick the best questions for each bi-weekly episode. On each episode, Drew is asked the questions without any time to prepare, they are kept a secret from him until shooting starts. What's great about this idea is that it doesn't feel like normal TV, it doesn't feel like an interview or anything formal. It simply feels like a conversation with someone about film, and I think that is what I love most about it.

So I nearly shat my pants last night when the last question of the episode was one I sent...

I have been reading McWeeny's work since I was in 6th grade, so to have a small connection to this guy after so long was cool. I am going to Chicago Comic-Con next weekend and I am trying to wrap my head around seeing so many familiar faces in one place. This blog is run out of Aurora, Illinois. I have never been to Los Angeles and I have met very few people I would deem "famous." Some of you may think that Chicago Comic-Con will be smaller in scale, and that is indeed correct. But heck, I am going to see and share time with Lou Ferrigno, Bruce Campbell, Stan Lee, Karl Urban, Katie Cassidy, Anthony Mackie, William Shatner, Patrick Steward, LeVar Burton, Michael Dorn, Jonathan Frakes, Michael Jai Whit, Leonard Nemoy, Shawn Ashmore, John Carpenter, Brent Spiner, Sebastian Stan, Scott Wilson, Dave Bautista, Micheal Rooker and Norman Reedus. (Among others) And the one thing I am worried about is that I hope I don't come off too starstruck. This is all my way of saying that having the opportunity to have these small yet substancial connections to these people is really cool and I feel glad and blessed that I get to have these moments.

My question comes at the very end of episode 8, where I present Drew with a "Movie God" question. Movie God is a game Drew plays at the end of every episode. When playing Movie God, somebody is the God of all film and the players have to present a two-piece scenario to the Movie God (i.e. two actors, two movies, two career-changing moves). The Movie God has to keep one, and toss one out of movie history for good. The catch is that whatever Movie God tosses out changes the course of movie history, which means if the toss-out inspired anything, those events never occur either. If you know your film history and if you catch how certain stars were affected by different projects, you can begin to see how much fun Movie God would be to play.

You will probably also notice that the Movie God question does not have my name on at the end. I just want you all to know that I am NOT blowing smoke up your asses. I wrote about four questions one night and sent them to Hitfix, some I signed, others I did not. And of course, the one that gets picked is one I didn't sign. All I want to say is that if you need further proof that I am not lying, I will be more than happy to forward the email I sent to the Hitfix Video Team.

You can see the episode below, as well as the seven other episodes that came before episode eight. Check out more from Drew McWeeny at www.hitfix.com and if you like what you read, follow the link below. It features some of McWeeny's writings from before hitfix. I think he's a great voice in film criticism and one of the voices that keeps film criticism relevent. Check out his stuff, he knows it!

Oh, and if you ever want to challenge me to Movie God, all I can say is BRING IT ON!

The Episode:
Here is the link to a blog I posted about it, sadly I could not get a video of the episode loaded on my blog for some reason.


I don't think this is all of them, but most of them. You can find the rest on www.youtube.com or www.hitfix.com