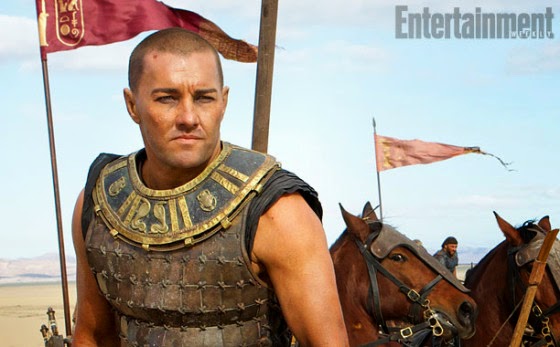 The thoughts I am about dispense tonight are thoughts I have had for awhile now. But I think these thoughts boiled over after the trailer for “Exodus: Gods and Kings.” I watched the trailer twice last Saturday and I watched once before “Dawn of the Planet of the Apes.” My thoughts on the actual trailer are one thing, but what kept coming back to my mind was how out-of-place Joel Edgerton looked in his role as Ramses. I like Edgerton a lot and I think he is destined to become a bigger name than he is, certainly Ridley Scott’s “Exodus: Gods and Kings” could up his street credit. But there is just something off about seeing an Australian play an Egyptian, and while I focused on this, I learned that this has been a Hollywood fad for what seems like forever. This is the debate I want to discuss tonight, or ethnic actors being shortchanged in Hollywood? Is there a serious shortage of ethnic actors in Hollywood? But a better question is, why does Hollywood seemingly always cast white actors in ethnic roles? 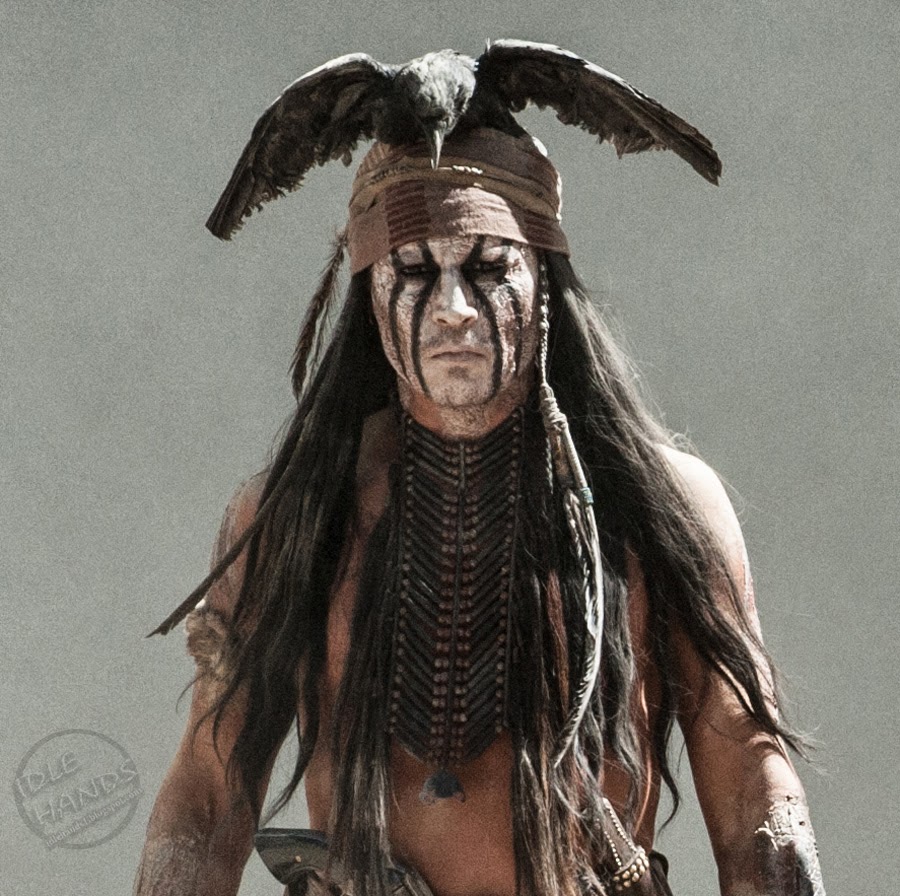 White actors playing ethnic roles has been around in the movie business for quite some time. Katherine Hepburn played in Asian in 1944’s “Dragon Seed,” Natalie Wood played Maria in “West Side Story” in 1961, which is a Hispanic character. Marlon Brando played a Japanese person in 1956, Charlton Heston played a Mexican in 1958, I could give many more examples, and they would all be valid. It seems Hollywood and its non-use of ethnic actors can be traced back to the early years of studio business, but it seems it has only got worse as the future moved closer and closer to us. It seems in recent years, the need to “whitewash” a character has become commonplace; Jake Gyllenhaal in “Prince of Persia,” Johnny Depp in “The Lone Ranger,” the entire cast of “Cloud Atlas,” Justin Chatwin in “Dragonball: Evolution,” Angelina Jolie in “A Mighty Heat,” and Josh Hartnett in “30 Days of Night” are all guilty of whitewashing roles that should have gone to ethnic actors and these are all from films that got released over the last five years. The whitewashing of roles is happening at an alarming rate, and it seems it will not be slowing down any time soon. It has been reported recently that Rooney Mara will play Tiger Lily in the upcoming “Pan” movie, which is a Native American role and of course Joel as Ramses. Within the last five years, does Hollywood have no desire to cast the proper ethnic actor to a role or are they afraid too? Do they believe that mainstream audiences will only accept white, popular actors? Or is their truly just a shortage of ethnic actors. Even if there is a small amount of ethnic actors, does that make it right to ignore that community completely? 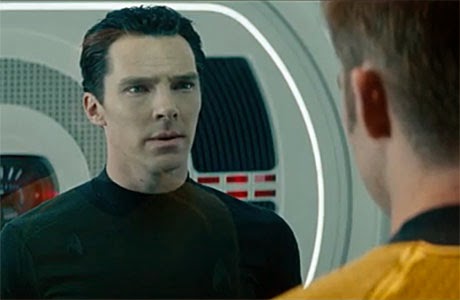 Easily one of the biggest recent roles that brought this thinking to life was Benedict Cumberbatch’s turn in “Star Trek Into Darkness.” Cumberbatch’s role was kept a tight secret up until the release of the sequel last summer. Not one peep was ever made about his role, but some people had a sneaking suspicion that Cumberbatch was playing Kahn Noonien Singh, while others thought there would be no way that J.J. Abrams would cast a white actor to play an Indian character. Alas, when “Star Trek Into Darkness” rolled around, that was the case, and serious Trekkies were outraged. I took a step back though, I was never a big Trekkie growing up, so I did not know if it would have been culturally relevant for the character to be Indian or not. Looking at superhero movies, Idris Elba played Heimdall in “Thor” a traditionally white character in the comics, and Samuel L. Jackson did the same thing (although a black Nick Fury appears in the Ultimate Marvel Universe, a comic universe separate from the mainstream Marvel universe.), Michael B. Jordan will be the new face of The Human Torch in 2015 and Zak Snyder considered Elba and Denzel Washington for Lex Luther in “Batman vs. Superman.” All of these characters are typically white in these comic books, however there is no cultural relevance to these comic book characters; they are simply just comic book characters. They don’t need an ethnicity attached to them. I feel only comic book characters that hold that relevance should be cast in their appropriate ethnicity.  For example, Marvel’s Black Panther has a history closely tied to his home in Africa, so if Marvel is serious about putting Black Panther on the big screen, the character needs to be black. So does Kahn NEED to be Indian? Well, I’ll need to talk to my Trekkie friends about that one.

So do I think whitewashing is starting to get obnoxious  Yes, I think Hollywood has abused it a bit, I think Hollywood seemingly ignores the use of ethnic actors and that is too bad. I know it is much simpler and richer for Hollywood to find that A-list actor for anything but if Hollywood would cast ethnic actors in their specified roles, I think it would add an authentic feeling to the film that would help and not hurt. Plus, you could turn somebody into a star overnight. But honestly, I don’t think Hollywood needs to put a fresh face for a role, there is already tons of talent out there if you go looking. Michael Pena, Hiroyuki Sanada, Jay Hernandez, Iko Uwais, Chino Moreno, Harry Chum Jr, Rosario Dawson, Jessica Sanchez, and I could go on and on and on. There are tons of great Asian, Hispanic and African-American actors out there that Hollywood could use, and if you were to do a Google search on any one of them, you’d find that they have familiar faces. You have seen these guys and gals somewhere, so why not use them? I mean, Irrfan Kahn and Anil Kapoor are both excellent Indian actors, so why didn’t Abrams consider either of them to play Kahn? So that he could keep mysteries in his marketing to generate a bigger opening weekend? I certainly hope not. 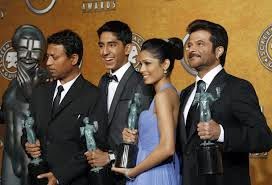 So what do you guys think? Does Hollywood have a problem with whitewashing roles? Should Hollywood take a bigger advantage of the enthic acting society out there, even for the big tentpole films? Let me know what you guys think!

Posted by Shawn Hoelscher at 7:11 PM