I always love when a movie news story comes out of nowhere, and then all of sudden I hear about it all the time. It seems the "Goosebumps" movie seems to be getting a lot of traction right now, and I suddenly can't wait to see the first trailer for this movie.

Along with three new photos from the movie, we got a little bit of a synopsis for the movie. Apparently a boy will move to a different town that he hates, simply because his family moved there. Then he'll fall for the girl next door, and everything for lighten up. That light in the dark will only last a short time as the boy finds out that the father of the girl is no other than R.L. Stine, the author of the once-popular "Goosebumps" book series. It seems that the stories Stine wrote were real and the monsters he wrote about are trying to take over the town, and it is up to this rag-tag group of heroes to stop the monsters.

It also seems that the culprit behind unleashing Stine's monsters will be no other than Slappy. Seems pretty fitting that arguably the most famous Goosebumps monster would be the ringleader of this film's terror.

I will be interested to see if this breaking of the fourth wall will help or hurt the movie. I will give the movie this much, its a bold, unique move to spin on a film's story. The only thing that worries me is that the film may end up being a little too childish. If there is a happy medium in tone, style and humor that a wide-range audience can appreciate, I think the film will work. If the movie goes out of its way to appeal to younger audiences, then the film is destined to fail. I know that Goosebumps was targeted to a young adult audience, but fans of that series are all in their 20's and 30's now. I hope the studio realizes this and makes a film that can appeal to the old fans and maybe create some new fans. I hope as this movie was being made, that the audience was kept in mind and I hope the cast and crew alike are embracing them right now. We shall find out next August.

Here are the new photos: 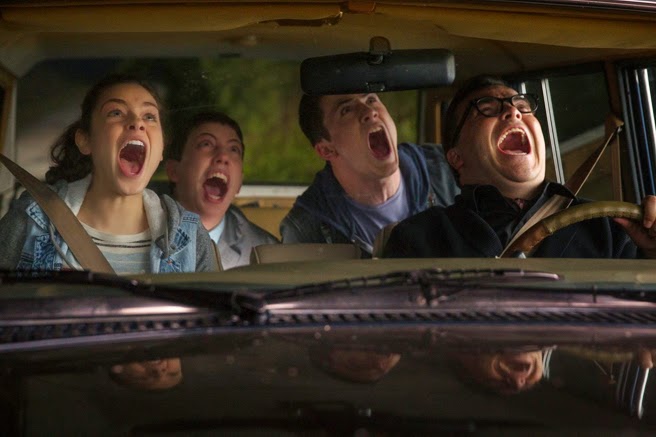 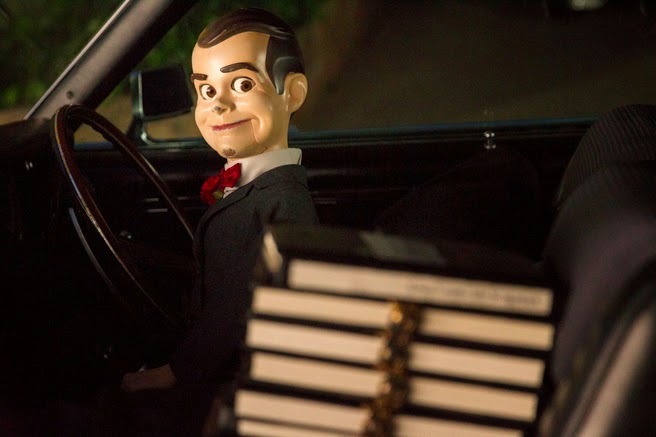 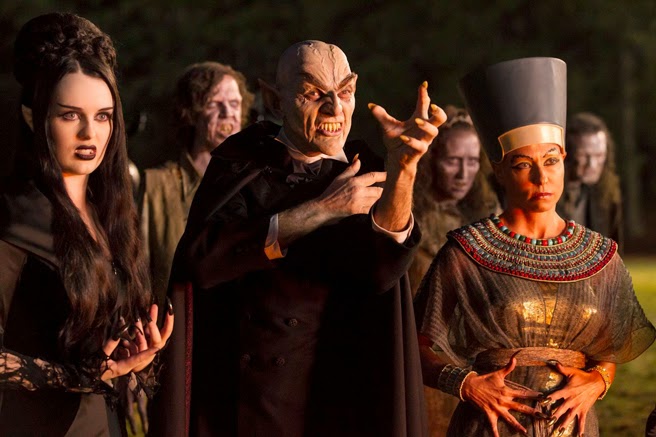