“Big Hero 6” is still a big question mark for me. I love the idea of Disney bringing some of Marvel characters to life through animation. With that said, we still have not received any sort of footage or even a trailer. I know I should remain optimistic and believe me I am, but if “Big Hero 6” is a hit, this open the door for Disney to really let loose on their property in a way they probably never imagined. The only obstacle is that “Big Hero 6” has to be a hit this holiday season and I will remain optimistic and ready until I see a trailer.

For right now, these new character posters and character synopsis will have to do. Initially, I dig the designs of the characters. I do raise slight suspicion that these characters look a little too cute for a superhero movie. Granted, so did The Incredibles, but Pixar did something vastly original with their characters. Disney has yet to prove they can do anything outside their own bag of tricks. If they want “Big Hero 6” to stick, they have to treat it the way Pixar treated their superheroes. I have my fingers crossed for this one and my brain is firing on the possibilities ahead of Disney if this should be as awesome as I hope. 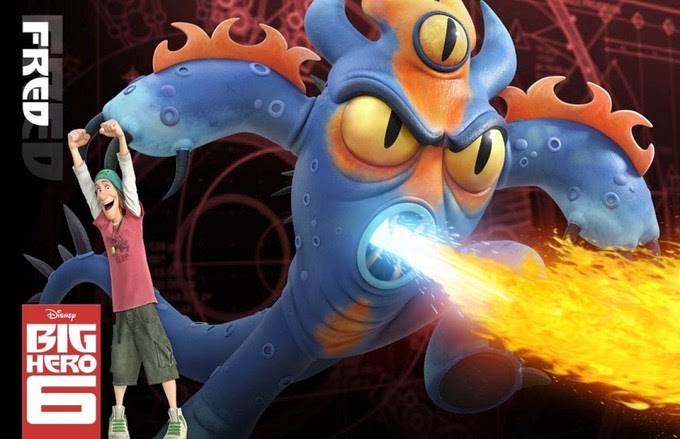 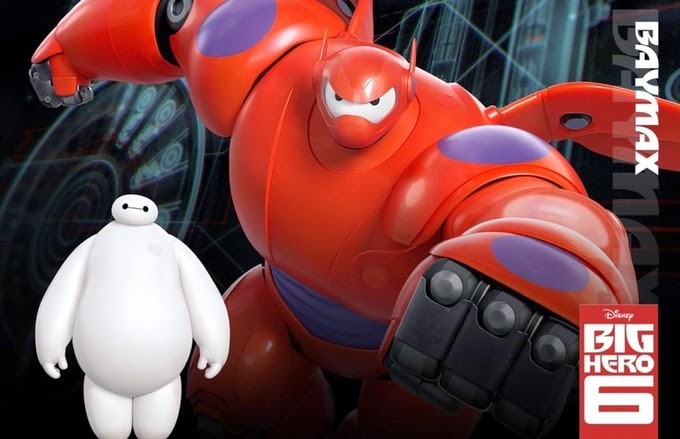 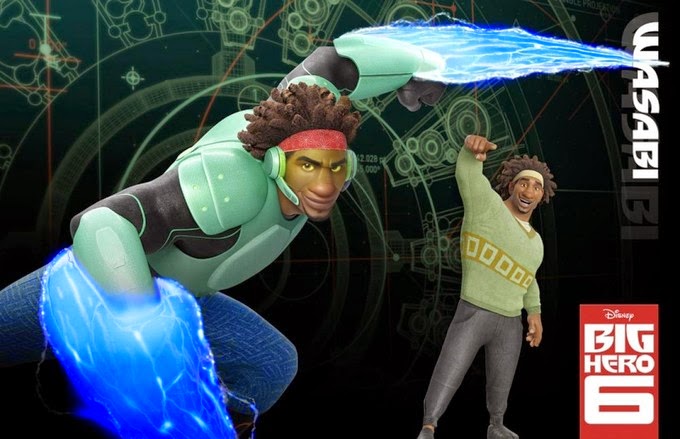 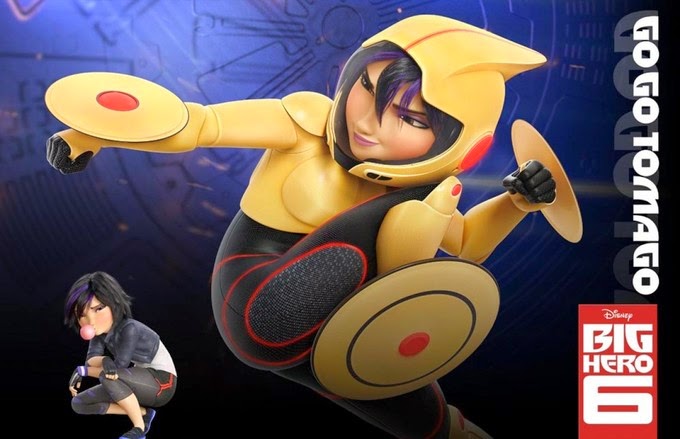 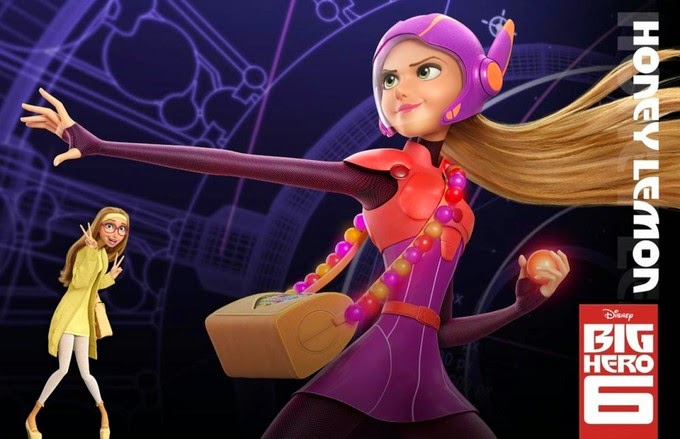 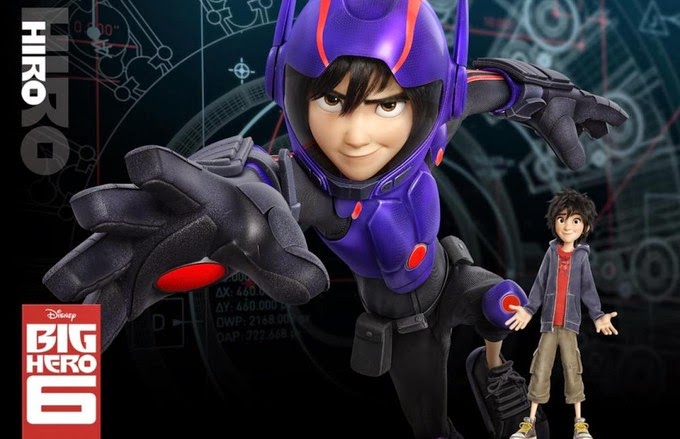 And now for the character biographies!

"Hiro Hamada (Voiced by Ryan Potter): Robotics prodigy Hiro Hamada has the mind of a genius-and the heart of a 14-year-old: his state-of-the-art battle-bots dominate the underground bot fights held in the dark corners of San Fransokyo. Fortunately, big brother Tadashi redirects Hiro’s brilliance, inspiring him to put his brain to the test in a quest to gain admission to the San Fransokyo Institute of Technology. When a tragic event changes everything, Hiro turns to a robot named Baymax, and they form an unbreakable bond-and two-sixths of a band of high-tech heroes on a very important mission.

Baymax (Voiced by Scott Adsit): Baymax cares. That’s what he was designed to do. The plus-sized inflatable robot’s job title is technically Healthcare Companion: With a simple scan, Baymax can detect vital stats, and, given a patient’s level of pain, can treat nearly any ailment. Conceived and built by Tadashi Hamada, Baymax just might revolutionize the healthcare industry. But to the inventor’s kid brother Hiro, the nurturing, guileless bot turns out to be more than what he was built for-he’s a hero, and quite possibly Hiro’s closest friend. And after some deft reprogramming that includes a rocket fist, super strength and rocket thrusters that allow him to fly, Baymax becomes one of the Big Hero 6.

Go Go Tomago (Voiced by Jamie Chung): Aptly named Go Go Tomago knows what it takes to be fast. She’s tough, athletic and loyal to the bone, but not much of a conversationalist. Popping bubble gum and delivering well-placed sarcasm are totally her speed. The daredevil adrenaline junkie is at her best on wheels, and when Go Go joins forces with Big Hero 6, she rolls like never before, using maglev discs as wheels, shields and throwing weapons.

Wasabi (Voiced by Damon Wayans Jr.): Wasabi is committed to precision. He’s super smart and just a touch neurotic, but the big and burly beatnik can’t help but join the cause when Hiro needs him most. As part of “Big Hero 6,” Wasabi amplifies his martial arts skills with jaw-dropping plasma blade weaponry. Sharp doesn’t even begin to describe this guy.

Fred (Voiced by T.J. Miller): Fanboy Fred comes off like a laid-back dude with no direction. But this sign-twirling, monster-loving, comic-book aficionado is sure to go places-when he’s good and ready. For example, Fred doesn’t hesitate to join “Big Hero 6,” and he has a lot of ideas for his super-hero skillset, too. His ferocious, fire-breathing alter ego comes complete with claws, integrated communications and a super bounce. But his sign-spinning may still come in handy."

So there is definitely a lot riding on this movie and I only hope for the best for Disney and their path with Marvel. Let's hope this one rocks!