New "Dumb And Dumber To" poster

I have been guilty of throwing the words "guilty pleasure" around quite a bit, but to be honest, I don't believe in the words. I love the movies I love, and I certainly don't feel guilty about them. I have never thought one film was perfect, not even my most loved films I can think of, but that doesn't stop me from loving them unabashedly. I don't like the words "guilty pleasure," because movies that work for me, work for me. I'll argue for why I believe they work and why I believe they carry merit, but I'll never try to force you to love something I do.

I understand that "Dumb and Dumber" is a polarizing film. However, no matter how much I watch it, I always end up with a stomach ache from laughter. I like the film a lot, and I am happy for a sequel. I am especially happy for a sequel where the original stars return. Jim Carrey and Jeff Daniels made the 1994 comedy what it is, and they will make it awesome again. Here is the first poster for it, so check it out below. 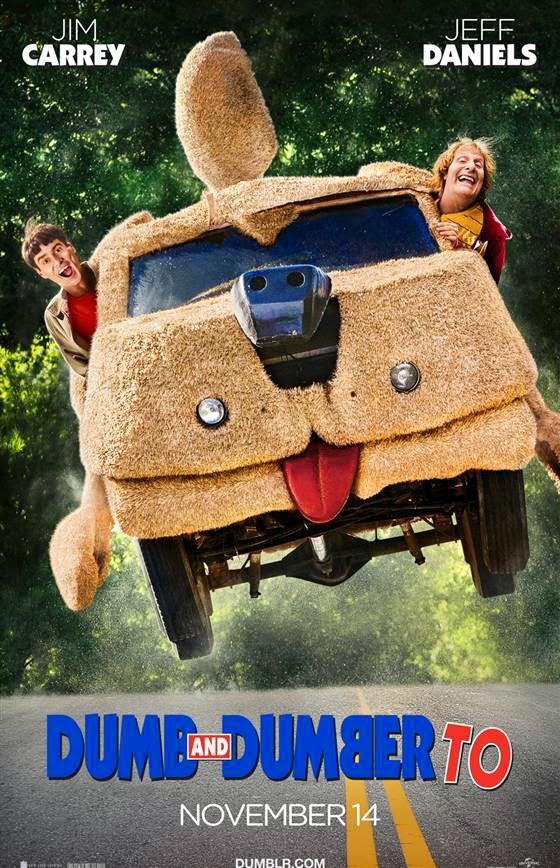 Well, I am definitely excited for this, how about you?
Posted by Shawn Hoelscher at 6:30 PM