X-Men: Days of Future Past Review

X-Men: Days of Future Past Review 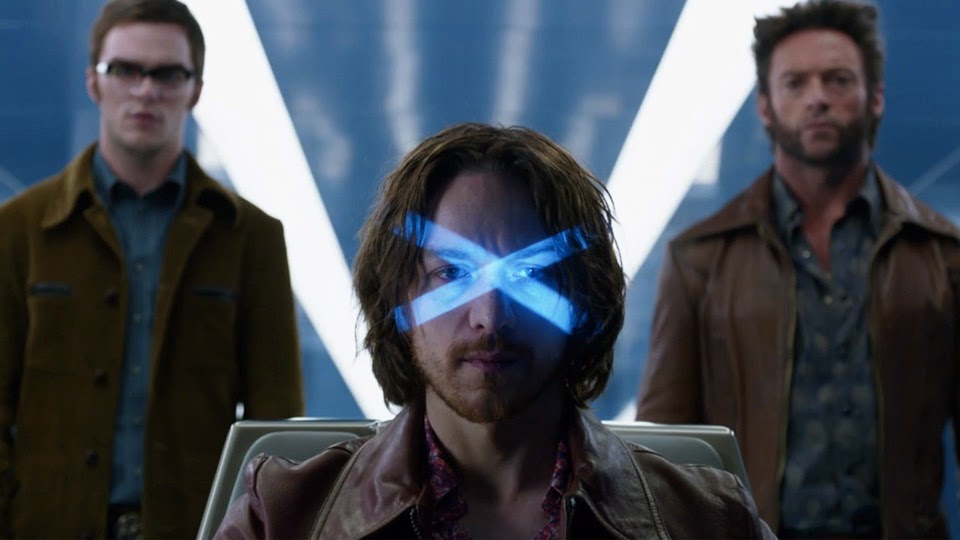 I need to get this out of the way before I begin this review. What I am about to say will be very important if you have any desire to see “X-Men: Days of Future Past” this weekend. The “X-Men” franchise has been a roller coaster, to say the least, for 20th Century Fox. After almost fifteen years with the property, I think they are finally starting to find their footing and really starting to make something special. That specialty has come with a price though. Director Bryan Singer made X1 in 2000 and X2 in 2003 and despite being box office successes, the studio still want to reserve Singer’s creative control, had Singer made his full vision, the original X-Men franchise would have looked much different than it does today. This tension boiled over into 2006, which forced Singer to leave the franchise for X3. Then the franchise was painfully quiet for several years (give or take a few Wolverine movies), then it seemingly started fresh with “X-Men: First Class” in 2011. Lots of people thought “X-Men: First Class” was meant to be some kind of reboot, I even thought it was meant to be some kind of reboot. But, as proved tonight, it was not a reboot and “X-Men: Days of Future Past” connects the whole story to itself.

That may seem obvious, but if you re-watch the whole series of movies, trying to connect the dots on the franchise will seem rather odd. Professor Xavier says in X1 that he met Magneto when he was 17, but “First Class” proved otherwise. It also seems that they never built cerebro together at the X-Mansion. These are just a couple of continuity errors the series has made as a whole, and we could talk all night about them. So “X-Men: Days of Future Past” did nothing to fix the continuity problems and this franchise has been schizophrenic to say the least. What I am trying to say is if you have a problem with continuity problems, then you better not step foot in a theater this weekend. I decided halfway through “X-Men: Days of Future Past” that I was going to forget the franchise and focus on the new movie Singer made, along with the newbies and veterans of this franchise. I am just warning that there are no attempts to correct the errors and if you are squeamish about it, then this new X-Men movie is not for you.

Now, on to the review.

“X-Men: Days of Future Past” the movie is not exactly the same story as the Days of Future Past story arc from the comics, but that is okay. Bryan Singer is back in the director’s chair for this new installment and he was able to make a harrowing adventure from the source material. You also have to remember that no superhero franchise is physically retelling all the stories from the comics, so I have got used to the fact that these movie franchises are not the comics, which is what it should be. The film opens with a somber view of the future. Mutants and humans alike are being hunted by Sentinels, which are mutant-seeking robots that claimed Earth for themselves. We reconnect with some familiar faces like Iceman (Shawn Ashmore), Kitty Pryde (Ellen Page), and Colossus (Daniel Cudmore). We also meet new mutants like Bishop (Omar Sy), Sunspot (Adan Canto), Warpath (Booboo Stewart) and Blink (Fan Bingbing). These mutants are allied together to fight the Sentinels, and the opening battle between these mutants and the Sentinels is astounding, with everybody’s powers on full display. The fight does not go in the mutants favor and they retreat and meet back up with Professor Xavier (Patrick Stewart), Magneto (Ian McKellen), Storm (Halle Berry) and, of course, Wolverine (Hugh Jackman). Tons of characters are thrown at the audience in the opening moments of the film, but Singer seems have become much more loose and flexible about appearance and screen-time in this movie and we get to know everyone quickly and proficiently.

We learn that Xavier and Kitty have developed some kind of time-traveling technique and they want to use it to go back in time and stop Dr. Bolivar Trask (Peter Dinkage) from ever inventing the Sentinels in the first place. They plan to send Wolverine back to the past due to his healing factor. So Wolverine heads back to the 1970’s to seek the help of a young Professor Xavier (James McAvoy) and a young Magneto (Michael Fassbender).

The rest of the movie focuses on young Professor X and Magneto coming together after the events of “First Class” and they also need to bring back Mystique (Jennifer Lawrence) into the picture, as we learn that she is a big part of why the Sentinels are so dangerous in the first place and what forces Trask to get his product selling. Since the events of “First Class,” Mystique has beating to the sound of her own drum and we discover how she became the badass she was in the original trilogy. The tension and drama created by McAvoy, Fassbender, Lawrence and Jackman is very strong. Each of the four does an incredible job with their roles. As does Nicholas Hault as Hank McCoy/ Beast who has been very busy since “First Class.” Each of the characters creates a heart wrenching story and it is brought to life by these actors.

There are lots of new characters introduced into the movie and we also catch up with old characters. If you did not like how a character from the comics would show up abruptly in the original trilogy then abruptly leave, then you maybe a little annoyed by “X-Men: Days of Future Past.” There are some cool characters from the comics and characters we liked from past movies that show up, do a little scene then are off. It is really too bad that we don’t see more of Quicksilver (Evan Peters) after a fantastic break-in to free Magneto from prison. Quicksilver’s movements are awesome, shocking to watch. We may not know yet if Whedon’s version of the character appearing in “Avengers: Age of Ultron” in 2015 is better, but Peters certainly made a statement with the role. I also hated how little of Bishop we saw in the movie, as his presence was huge in the comic version of this story. Still, if you like seeing a variety of mutants in one movie, this will certainly satisfy.

Easily my biggest problem with the film was the main villain and how he is handled. I think Peter Dinkage does a good job with the Trask role, but I just wish he had more of a character to play. All we really learn about Trask is that he is a human who hates mutants…really that’s it…because we haven’t met enough of those already in this franchise. We never learn his motivation to create Sentinels, or what led him to hate mutants so much. He seems to not like them because he’s the bad guy of the movie, would it really have hurt to give him more of personality? That is just too bad because I think Dinkage could have been much more dimensional with the right material.

So the villain may not be super exciting and they cram lots of characters into the movie, but there is no getting around the fact that this is a good movie. It also gets better and better if you are willing to open yourself up to it. Forget the franchise continuity issues and just enjoy this new adventure. McAvoy and Fassbender really sell the compelling story that plagues their characters and Hugh Jackman has pretty much become Wolverine at this point. Best of all, this movie feels like the closing of a circle, it seems by the end that Singer has reached a closing point with one part of this franchise and is ready to open another. I can only hope that the future of this franchise can continue to shine bright as we get further down the line. This is another good X-Men movie, thank goodness.

Oh, and stay after the credits. If you are a lifelong X-Men fan like me, you’ll be glad you did.