Who Played It Best? Evil Queen

Who Played It Best? Evil Queen 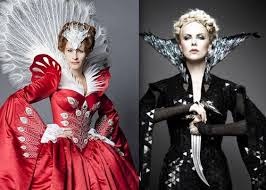 In 2012, two separate Snow White movies were made and released within mere months of each other. You may have found that annoying, but that is the way of Hollywood. The studios have been releasing two alike ideas in the same year for a very long time, and there are signs of decline in that notion at all. Back in 1998 we got both "Deep Impact" and "Armageddon" in the same year. In 2011, we got "No Strings Attached" and "Friends With Benefits" within months of each other. Even in 2014, you can rent Kellen Lutz as Hercules in "Hercules: The Legend Begins" then later this summer you will see The Rock as Hercules in "Hercules: The Thracian Wars." There are other examples of this throughout the history of cinema, and we could talk all night about it. We get what we get from Hollywood, and as always I try to keep an open mind about all of it.

So let's keep talking about the two Snow White movies that came out in 2012. The movies took the classic story in two completely different routes. One version catered to children, while the other version was a bit darker and gritter, definitely not your average fairy tale. Snow White is kind of like a superhero in the way that she is interesting because of her villain, the evil queen. So the casting of The Evil Queen is just as important as casting for Snow White. For one of these installments, we will probably throwdown with Kristen Stewart and Lily Collins, but right now we are looking at the bad guys. Both Julia Roberts and Charlize Theron are two actresses I have admired my whole life, so it was a big deal for me when they both got this gig. So which was the better Evil Queen?

My Two Cents
The decision will come down to what you get out of your fairy tale stories and what you expect. Some people like the darker corners of the fairy tale story while others like the sweeter, innocent style of storytelling. Fairy tales have actually come in many different styles, so its hard to say that one is better than the other. For me, I can appreciate both versions of the fairy tale and I respect what each film crew tried to do. But I found the most interesting about the Theron/Stewart version was that even though they went darker in tone, they still had some tenderness intacted, that is incredibly hard to do and I salute them for it. The Roberts/Collins version was so tailor made for children that it came off awfully campy, I would be very surprised if the average child found any merit in it. Not only that, but it is definitely one of the worst Julia Roberts performances of her career, she just could not adapt to all the campiness, while I felt Theron adapted and stayed strong to the vision her director had. So I give the edge to Theron personally. But this decision will fall on what you prefer, light or dark.

Which version of The Evil Queen is better?  Let me know by next Wednesday. You can start voting today. You can email me (bloggershawn@gmail.com) or just simply leave a name in my comments section below.

LAST WEEK: WHO PLAYED IT BEST? SPIDERMAN
Last week, I took a look at the two actors who recently played Spiderman. Sony has been very aggressive about not letting their cash cow crossover to Disney, so you have got to at least respect them on that level.  I still find it interesting that we have had two separate actors play the same character in back-to-back decades. But, a winner has been crowned. Based on your votes, the best Spiderman is... 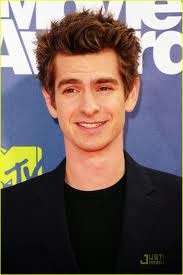 GET YOUR VOTES IN BY NEXT WEDNESDAY SO WE CAN DECIDE WHO THE BEST EVIL QUEEN WILL BE!
Posted by Shawn Hoelscher at 8:59 PM