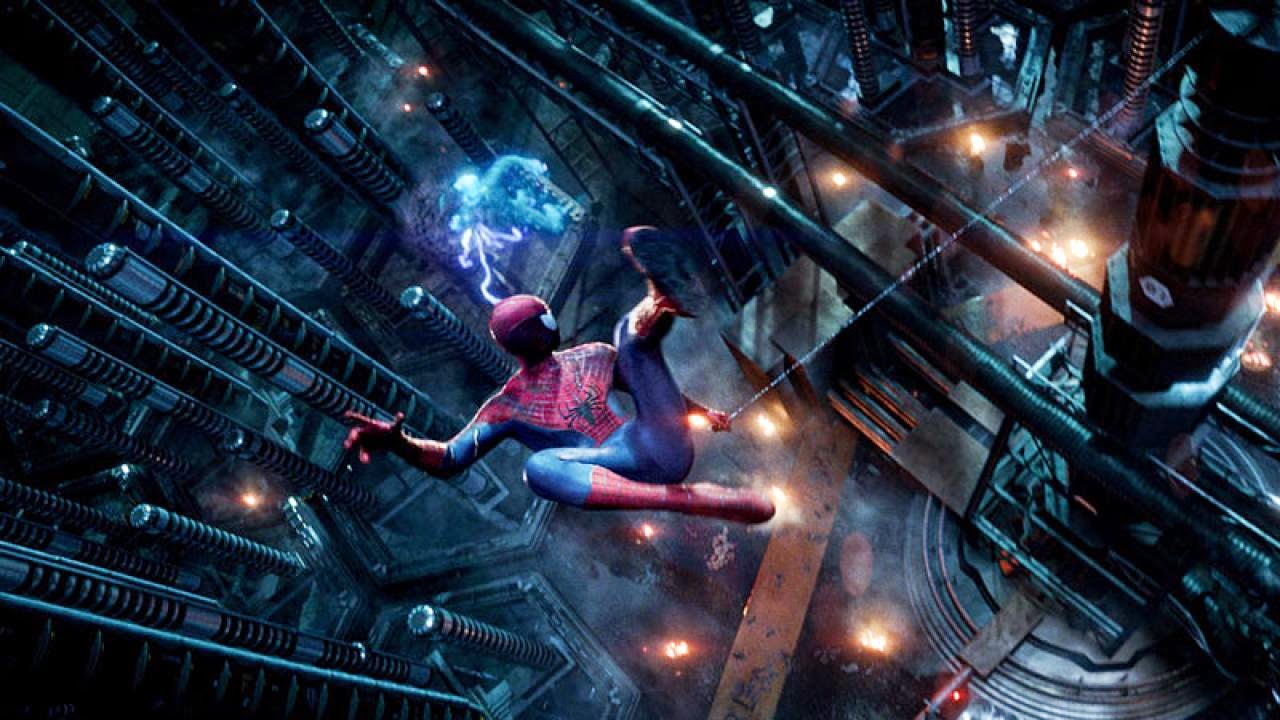 As long as this blog has been alive, there has been talk of the future of Spiderman. Spiderman is one of my favorite superheroes. As I have stated time and time again, I am a huge Marvel guy, and one of the most important characters that transformed me into a Marvel guy was Spiderman. He was instantly iconic in my eyes because he was one of the very first young superheroes I ever saw. The idea of a young man being super was an idea I thought was really cool, something I could never get out of my head.

Sam Raimi’s run with character may not have been flawless, but he made two great movies and one severely mediocre one. I don’t think “Spiderman 3” was the worst thing to happen in 2007, I felt “Spiderman 3” had some great ideas, but too many ideas. Sometimes too much of something is a bad thing, and in the case of “Spiderman 3,” it was way too much of a good thing. Still, Raimi made two great films, even though his Spiderman deviated from his comic book counterpart quite a bit. But what Raimi made was a fully-emotional, deeply valued character and that is what ultimately sold me on his two films.

The film opens with one of the film’s best moments. We reconnect with Richard Parker and Mary Parker (Campbell Scott and Embeth Davidtz), Peter’s parents who mysteriously died when Peter was young. We see Richard Parker delete several documents off of his computer, then he boards a plane with his wife. The plane’s pilot attempts to kill the Parkers, which leads to a tussle. This scene outlines the fate of Parker’s parents and a chaotically awesome scene. The action beats are well-staged and the actors squeeze out enough emotion for the scene to matter. It was a great way to open the movie.

After the opening is over, we swing right into an action sequence with Peter Parker as Spiderman (Andrew Garfield) who facing off against Russian mobster Aleksei Sytsevich (Paul Giamatti). The scene is really cool, but I can’t help but find Giamatti’s scenes a little too over-the-top. Giamatti said himself he’d be hammy, but that ham-handedness was a little too much at times. Especially since the action scene that features Spiderman fighting Sytsevich is paralleling a scene where Gwen Stacy (Emma Stone), Parker’s girlfriend, is giving her Valedictorian speech at her high school graduation. It is suppose to be a big emotional moment, but it falls flat due to the silliness of the action scene. We’ll get into the villains in more detail in a little bit. During this big fight, Peter Parker has a vision of Captain George Stacy (Denis Leary) the deceased father of Gwen. At the end of the first film, Spiderman made a deal with Captain Stacy to stay away from his daughter, but that is harder than Parker thought.

Not only is Parker having serious girl problems, but his old best friend Harry Osborn (Dane DeHaan) is back in town after a long absence. It seems his father Norman (Chris Cooper) is dying, and soon Harry will be too as the illness is hereditary. Harry needs Spiderman’s blood in order to make a cure for the illness, which Parker is not willing to give. He needs all his blood he has in order to survive against Electro (Jamie Foxx), a new villain in town which was the product of Harry’s family company, Oscorp.

So as you can tell, “The Amazing Spiderman 2” has numerous storylines going every which way. This was an issue in “Spiderman 3,” but that does not mean anything. Christopher Nolan proved with all three of his Batman films that the number of villains in a movie does not matter, just how you tell your story does matter. For the most part, Webb does okay. That should be taken as more than a faint praise, as Webb made some weird choices with his only villain in the first film. With all that said, I feel that “The Amazing Spiderman 2” would have been a much stronger sequel had the movies focused more on Harry Osborn and left all the Electro stuff for another movie. If you took Electro’s storyline out of the film completely, the film would have arrived at the exact same conclusion. Not the best creative choice to remember from a movie.

What makes “The Amazing Spiderman 2” not so jumbled is the great acting done by Andrew Garfield and Emma Stone. Their chemistry is what drew so many to the first film, but I feel both Garfield and Stone have grown as actors over the last couple of years, and they are playing real humans this time. I think Garfield in particular is much more settled as Peter Parker/Spiderman in this sequel. I love how he jokes with the bad guys as he’s fighting them, I love a couple tender moments helping New York citizens, and I love how Garfield transitions from Parker to Spiderman with ease. I have been singing the praises of Emma Stone since I saw her in 2007’s “Superbad.” She is easily one of the most delightful actresses of her generation, and this is the best work as Gwen Stacy she has done yet. Together, they do a good job of unraveling the ambitious story Webb is creating. If you know the comics, you have an idea of where this story is heading, and it is all handled well, and well acted by the leads. The audience believes in the relationship that Garfield and Stone create onscreen and we nearly given into the absurdities of the movie. Nearly.

Another thing I liked about “The Amazing Spiderman 2” was I thought Webb improved upon the action scenes. Emotionally speaking, these action scenes are better, because Spiderman is in a much more personal fight than the first film. The villains in this sequel are not trying to turn everyone in New York City into a lizard, they are fighting Spiderman for personal reasons and that makes them much more interesting. On a choreography level, the action scenes are just plain fun to watch. They are broad, they are well-staged, and they feel like Marvel. I also like that we are starting to get small whispers of the future for Spiderman. We are meeting characters who may have bigger presences in the future, and the sequel drops a few huge hints in the movie. This is all very exciting, and I definitely soaked it all up.

Superhero movies are only as good as their villains. “The Amazing Spiderman 2” has quite a few of them. We have Sytesvich at the beginning, we have Electro and we have Harry Osborn (who Osborn becomes has already been given away, but just in case any of you live under a rock…). Any of these characters would make for a great movie for Spiderman, but their execution is quite disappointing. I discussed how overly-hammy Giamatti was. The origin of Jamie Foxx’s Electro is another story too. Before Electro becomes who he is he is Max Dillon, an Oscorp employee who falls into a tank of electrified eels. Before Dillon becomes Electro, he is very quirky, talks to himself a lot, idolizes Spideman, the whole bit. Then when he becomes Electro, it is quite harrowing. Sound familiar? Re-watch “Batman Returns” and pay attention to Catwoman’s origin in that film, it deeply parallels Foxx’s Electro character. I think Foxx does very good work, but his character is written with sloppiness. To be a quirky idolizer of Spiderman, then get turned into a human electrical current, then all-of-a-sudden turn evil over a clichéd misunderstanding felt absurd and unbelievable. The scene of Electro in Time Square is actually quite heartbreaking as Electro and Spiderman have a great moment, but the decision made by Webb and his creative team harbors on the ludicrous. Dane DeHaan is an actor I have loved for awhile now. I knew he would be a great Harry Osborn and I was not wrong. How Harry is written in this sequel is unabashedly funny. I hope that Webb has bigger plans for both Osborns, otherwise he will have wasted the two most iconic characters in Spiderman’s stock. Not only that, but Harry’s storyline is quite rushed and paved over, which makes his hinted plot for the upcoming films seem forced.

I also hope Webb can begin to make a movie that feels like his own. One thing that annoyed me about “The Amazing Spiderman” was the feeling of “been there, done that.” The movie felt like a continuation of Raimi’s story and not much like a reboot. That Raimi influence is still fully realized in this sequel. The action scenes feel like they were cropped out of Raimi’s movies. The money problems with Aunt May (Sally Field) feel familiar, as do the reasons why Parker can’t date Stacy other than her father’s wish. This never gets up on its own two feet, it never becomes something of its own. This series as a whole has felt torn from the same cloth as Raimi’s trilogy, and that’s disappointing too.


“The Amazing Spiderman” put me on edge because I did not care for the direction Webb was taking with his characters. My faith in him has gone up slightly with this picture, but not by much. I still have some suspicions about certain character and story beats, and if those come to fruition, this series will be a done in my eyes. Linking every Spiderman villain to Oscorp seems like a narrative dead-end to me, turning Spiderman from ordinary man given a gift into a big coincidence seems equally moronic. If Webb can make it all payoff, then I am all for it, if he doesn’t than I will be deeply disappointed. He made some tough decisions, but this series is long from over and I can only hope that it ends on a high note. Webb makes some cool action scenes, he has two magnificent leads and he can at least string storylines together. I just hope this story is worthwhile in the end.

FINAL GRADE: C+
Posted by Shawn Hoelscher at 4:36 AM