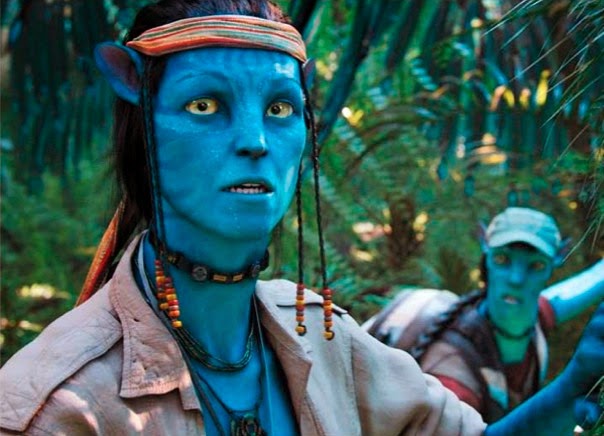 So I don't know how many of you saw "Avatar" in 2009, but I sure did and I loved every moment of it. It was kind of a big deal. As it out-grossed "Titanic's" massive billions, a movie that had the top spot for over ten years. Granted, both "Avatar" and "Titanic" were both made by James Cameron, but that is beside the point. I loved "Avatar" and I didn't care for "Titanic" at all. Some people like to say that "Avatar" was very straightforward and kind of propaganda-ish. I did really enjoy "Avatar," despite a lot of being the movie being familiar. There was a solid energy to it that it was hard for me to fathom, it also felt very fresh in style.

Sigourney Weaver was in the first "Avatar" movie. She played Dr. Grace Augustine and she did very well in the movie. Her character died, but despite the big death, we have known for quite awhile that Sigourney Weaver would be returning in some capacity. Now it has been confirmed that Weaver will return for not just one sequel, but all three of them! Why not? James Cameron has said himself that "nobody really dies in science fiction," so why not bring her back with such logic?

When talking in an interview, Weaver could not give us too much information, which isn't surprising at all. But we did learn that her character will take on "different forms" in each film. What does that mean? Who knows? I am excited to see what that might mean.

James Cameron is fast at work on these movies, and I can't wait to lay eyes on them starting in 2016.

Here's what Weaver had to say:
"It's going to be an adventure! It will be awesome. I can't even imagine what I am taking on —  and what James Cameron is taking on — with filming three AVATARs at once, but ... Peter Jackson did it with the HOBBIT films, so we have that to look to. It will be challenging for me. I can't talk about it, but my part is a little different in each one. I'll transform somewhat. We'll have to talk again when I survive this. For now, I'm going to skittle around and enjoy this leisure time."