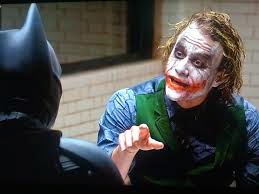 Tonight, I was originally going to drop a big rumor pertaining to the upcoming "Batman vs. Superman" movie, (or should I say "Batman vs. Superman: Dawn of Justice" the official title?) but something else has caught my attention and I need to get this out. I need to say what I need to say. I think there are people that are becoming increasingly unreasonable. Some of you are not going to like what I have to say, and I will possibly get tons of heat for what I am about to say. But let it be known that I have never been a person to tow the line. I have my own mind and sometimes my opinion on certain things drives me away from the majority. That is part of the reason why I started this blog, so that my voice could be apart of a mix. With my voice I understand that it needs to be heard, even if I know I could burn myself, even if it means that people will reject what I have to say. I think I am bringing up something important, I wouldn't waste my time with it if I didn't think it was important.

Last night, I was reading some quick movie news before going to bed. I came across a dozy of a rumor. I read that there are faint rumors that Australian actor Callan Mulvey might be playing The Joker in "Batman vs. Superman: Dawn of Justice" in 2016. If you don't know Callan Mulvey, I am sure you will soon, he's had a hell of a year so far. From appearing in "300: Rise of an Empire" and "Captain America: The Winter Solider," he's already becoming a prominent supporting actor in big blockbusters, and it seemed fitting for him to join another one for 2016. Mulvey also had quite the career in Australia before appearing in American blockbusters. Even though Warner Brothers has made it clear that Mulvey is playing an original, made-up character for "Batman vs. Superman" the rumor mill is in overdrive, declaring Mulvey as the next Clown Prince of Crime. Mulvey is obviously not stating anything concrete as usual, but if he's playing a made-up character in the sequel, why all the secrecy? 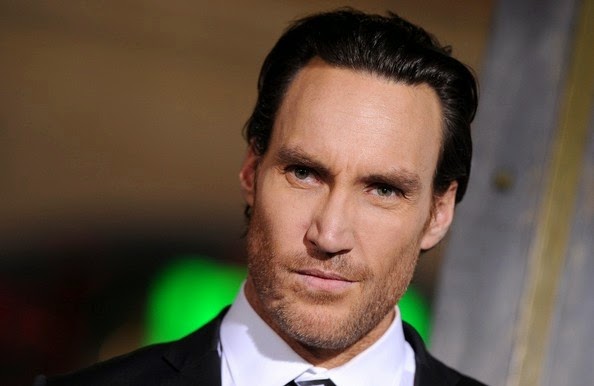 I was planning to write about this rumor tonight, and I already couldn't wait to put fingers to the keyboard. Then I scrolled down and read comments about the news, and I could hardly believe what I was reading. So tonight I am going full-on rant. I feel my feelings toward this issue have been brewing for years and listening to people talk about this issue has turned my stomach quite a bit. I really need to get my opinion out there.

People on the comment section of the article I read were very vocal about not wanting to see The Joker appear in the upcoming sequel. Not because there are already too many characters in the sequel, not because they didn't like the idea of Mulvey playing The Joker, but because of Heath Ledger. I find the notion of never, ever seeing The Joker onscreen ever again because of Heath Ledger very disheartening and I want to take this opportunity to explain why.

First of all, we have absolutely no idea who Mulvey is playing. If the WB and Zak Snyder and Mulvey himself are saying he's playing an original creation, then perhaps he's playing an original creation. If this is just a rouse to keep people off of the scent, then I don't know why people are automatically pointing to The Joker, there are hundreds and hundreds of cool characters in the DC mythology that haven't received a big-screen treatment yet, so maybe there is a big character we are not even thinking about, someone out of left field that could make the film cooler. We just don't know, and that mystery is half the fun. I understand that it is fun to theorize, and I am not knocking the notion. But there could be big character we aren't thinking of that Mulvey could be playing and I think that option should remain open.

Second of all, the biggest consensus I read online was "Nobody should play The Joker ever again because Heath Ledger owns the role." To that I say no. Heath Ledger never bought the character from DC comics, therefore he does not own the character. I understand that the quote is code for "I think Heath Ledger played the part well." and I would agree with that. I think Ledger created the best Joker onscreen to date, but does that mean nobody should ever attempt to play the part? Why is the role so sacred to Ledger and Ledger only?

Oh, I see what happened. Ledger died abruptly in post-production and that was a big deal. I am still not convinced that Hollywood should create a hands-off policy for The Joker character. Ledger rocked the role no doubt. But Ledger isn't bigger than The Joker, The Joker is bigger than every actor in Hollywood. The Joker was around long before Ledger was born and The Joker will be around for years to come. If there is a stone-cold fact about life, its this: The grass is greener on the other side. Someday a basketball player will be better than Michael Jordan, someday a swimmer will win more gold medals in the Olympics than Michael Phelps. Its the way of the world, and we might as well get used to it. Batman is a cash cow in Hollywood and I firmly believe that there is plenty of mileage left for the character on-screen, and The Joker has always been a big part of Batman's story. So if there is a good story to tell in movie form about Batman and The Joker, then I believe it should be made. Regardless of who came before in the history of movies.

Third of all, the next big argument is "No matter who plays The Joker next, they will won't outdo Heath Ledger." To that, I say are you fucking kidding me? So does that mean you've seen every single actor in the world attempt the character, every actor of every age from every country in the world? Short answer, no you haven't, nobody has. So how can anybody know for sure that whomever plays The Joker next won't do something truly special with the role? That is gullibility at its best and I hate to sound like an asshole for saying it, but that's exactly what it is. I don't know if I watch movies wrong, but I watch movies to be entertained. If I took so much time comparing what somebody in the past did with a certain character to what somebody is doing now, I'd probably have a heart attack. I don't see any enjoyment in constantly comparing and contrasting what actors do in their roles, and I don't see how you can ever be happy with actors playing pop culture characters at all. If you are this uptight about an actor playing a cultural icon, then perhaps movies are not your thing and you should find something else to do with your time.

In closing, whether Callan Mulvey is or isn't playing The Joker, one thing is for certain, I feel bad about whoever puts on the clown make-up and purple suit next. Instead of people being intrigued and drawn to the next possible portrayal of the biggest pop culture villain of all time, people are meeting it with open scorn because its not Heath Ledger. Instead of rejecting the character altogether, why not tell ourselves "Hey, Heath Ledger was good. But let's see if anybody else can accept Ledger's dare. Let's see if anybody has the balls to try and raise the bar that Ledger set. Let's see what this actor can do with the role." Always remember that nobody on Earth is bigger than any character who has been around for several decades. So we shouldn't treat them like they are, I feel Ledger is rolling in his grave right now over all this banter. Also remember that Universal Studios hasn't stopped production on the "Fast and Furious" franchise because of Paul Walker and Lionsgate isn't halting "The Hunger Games" because of Philip Seymour Hoffman. Tragedies happen, people we love are lost, but the world keeps spinning. What happened to Heath Ledger was sad, I am not discrediting that one bit, but it doesn't mean The Joker should be affected in anyway because of his passing. If Callan Mulvey is The Joker, then I wish him the best of luck and I hope he can do something with the part that nobody expects and I hope he entertains us. Movies are entertainment, and they should not be seen as anything more.

If you want to read more about The Callan Mulvey rumor: click here.

Posted by Shawn Hoelscher at 6:17 PM