Who Played It Best? The Hulk

Who Played It Best? The Hulk 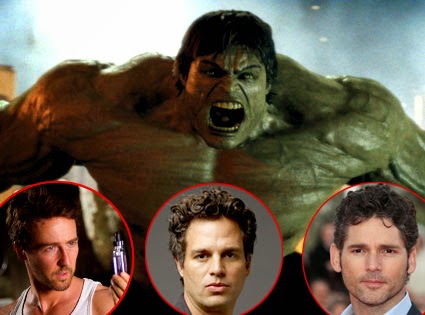 The Hulk has been appearing on the silver screen for a little over ten years. Even though the character has been very popular for many years, its always been a tough road to get him onscreen. The early drafts for a hulk movie go back as far as 1990. I have read comics for awhile, I think The Hulk is a very cool character, and he's had some stories written with him, front and center, that I think deserve the cinematic treatment. Much like some of you, I have been kind of disappointed by the film output. No matter how bad a certain Hulk movie was, we missed out on much worse, trust me. Early 1990's scripts with The Hulk featured our green hero doing battle with Insect Men...yes Insect Men. Another idea was to turn the film into a comedy of sorts featuring either Jim Carrey or Adam Sandler courting Dr. Banner. Yeah, like I said, we missed out on some bad ideas.

I still can't believe that The Hulk has been in movies from 2003 to 2013 and in less than ten years, the character was portrayed by three different actors. Eric Bana started it all with "Hulk" in 2003, and honestly, I always wish to forget that boring excuse for a superhero movie. The idea of Insect Men is bad, but a gamma-radiated poodle maybe worse. Then when Hulk was brought into the Marvel Cinematic Universe, Edward Norton got the gig. (Bana said in interviews that he viewed playing the character as a "one-time-thing.") Sadly, as much as it pains me to admit this to myself because I love Eddie, he was too difficult to work with. There were fights between Norton and the crew about where the character should go and how his movie should have ended. Its too bad Norton left, because the imagining the onscreen chemistry between Norton and RDJ is putting my imagination in overdrive! Norton was replaced by Ruffalo in 2010 for "The Avengers." When that mega-movie finally came out I thought Ruffalo did well. Which leads us to...

My Two Cents
Despite throwing my opinions of the Hulk movies out there, this is actually a hard choice for me to make. The best part of the 2003 Hulk movie was Eric Bana. I'll even go as far to say that Bana was so good, he nearly got me to like a bad movie. Norton has been a favorite actor of mine for years, so I have a bit of a bias when it comes to him, it also helps that Norton made a great movie and had a great script to work with. As good as Ruffalo was in "The Avengers," I lean the edge more so on Bana and Norton. Ruffalo is wonderful, no doubt about it. But he did not get a lot of mileage as the character, he just didn't. "The Avengers" was a big ensemble-piece, and some character arcs were shortened for the sake of time. I get that, I just give the edge to Bana and Norton. Both of those actors had an entire movie with the character, that gives me much more to judge. Alas, it should be noted that Bana and Norton never actually played The Hulk. Both "Hulk" and "The Incredible Hulk" featured the green monster in total CGI. Much like Andy Serkis in "Lord of the Rings," Ruffalo actually did some of The Hulk's movements for "The Avengers" using Avatar-esque technology. So that may help with your decision. One thing is for sure though, Marvel should consider a stand-alone Ruffalo Hulk movie, I need it. I need to see Thunderbolt Ross become Red Hulk. I need to see a superpowered Phil Dunphy. I need to see Hulk throw down with The Leader. Really Marvel, get on it.

So which actor played The Hulk better? Let me know by next Wednesday. You can start voting today. You can email me (bloggershawn@gmail.com) or just simply leave a name in my comments section below.

LAST WEEK: WHO PLAYED IT BEST? CAPTAIN JAMES T. KIRK
My second "Who Played It Best?" was last week. It was a tale of two Kirks, Chris Pine and William Shatner to be specific. It was a fun vote, generating lots and lots of talk. I was incredibly surprised by the final outcome. But, that is part of why I do this, for big surprises. Here's who you voted as the best Captain James T. Kirk. 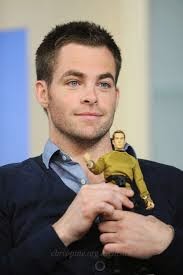 By roughly 70% of the vote, Chris Pine beat William Shatner.

GET YOUR VOTES IN BY NEXT WEDNESDAY SO WE CAN DECIDE WHO THE BEST HULK WAS!


Posted by Shawn Hoelscher at 6:49 PM