Guess Who is coming back for Star Wars: Episode VII? 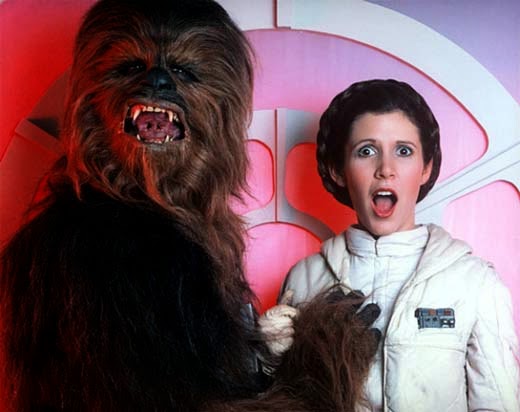 I had to post the picture above because it makes me laugh quite a bit.

Now onto the news...

The casting for "Star Wars: Episode VII" is very well under wraps right now, despite its apparent to start shooting very soon. It seems like the studios are keeping lots of things pretty close to the chest, which may not be a bad thing. One piece of casting that seems to be spreading across the internet is something very fun.

Peter Mayhew, the seven-foot-three actor who played Chewbacca in the previous films will play Chewbacca again! There were rumors that the actor would never return due to severe back and knee problems. These rumors are obviously kaput by now, which is awesome. I never expected the first official piece of Star Wars casting to be this great. Let's hope that more fun names start to pop up in the days to come.

Posted by Shawn Hoelscher at 7:16 PM