Well, the battle to the final two in my Biggest Movie Badasses bracket was a bloody one. Plenty of big voting going one all week long. Now it is finally over and two candidates for the final two have been crowned.

I can hardly wait to get started.

The other vote was just as close as the other.

Tony Montana (1) vs. Wolverine (6)
With a mere 53% of the vote...Tony Montana beats the immortal superhero Wolverine for the final two, he will compete against Maximus for the BIGGEST MOVIE BADASS CHAMPION!

Voting will begin tonight and go until Sunday April 13. 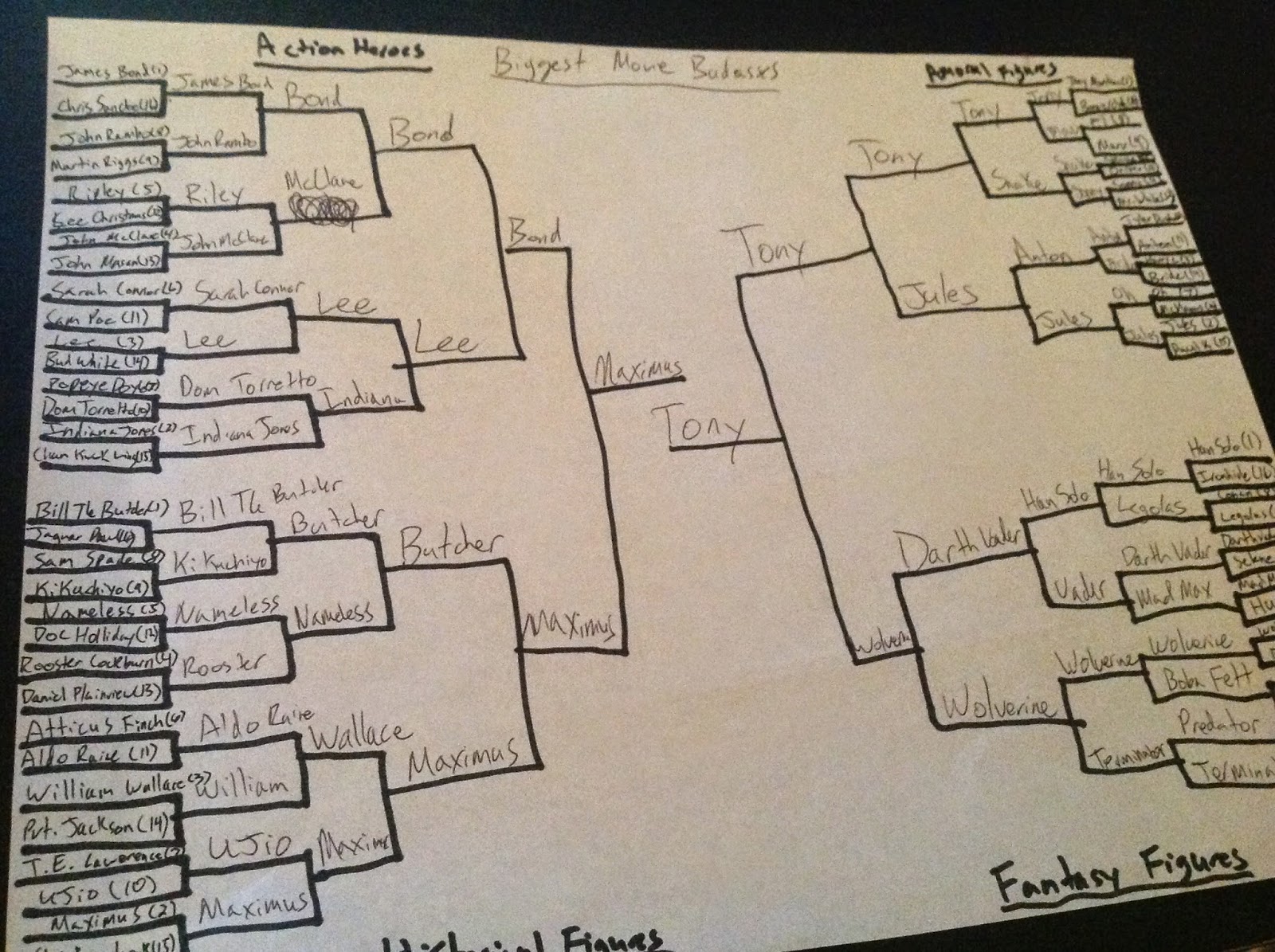 Posted by Shawn Hoelscher at 6:40 PM