I have had a ball with this bracket so far, and I hope you all have had a great time with it too. I will definitely be doing this again next March and I already have a brand new idea in the mind's eye! Next March can't come soon enough, it will surely be a doozy. Now, let's take a look at how the voting for the Elite Eight of my Biggest Movie Badasses turned out.

Left Hand Side of the Bracket

James Bond (1) vs. Lee (3)
With 75% of the vote, James Bond defeats Lee to go to the Final Four. It seems not even marital artists can phase this guy!

Right Hand Side of the Bracket

Tony Montana (1) vs. Jules Winnsfeld (2)
Tony Montana is king once again with 80% of the vote, Montana wins again.

Darth Vader (5) vs. Wolverine (6)
In the closest vote of the Elite Eight, Wolverine edged by with only 52% of the vote. I guess not even The Force can withstand a healing factor.

I can't wait to see how this turns out!

Voting begins tonight and will go until Wednesday, April 9th, 2014. 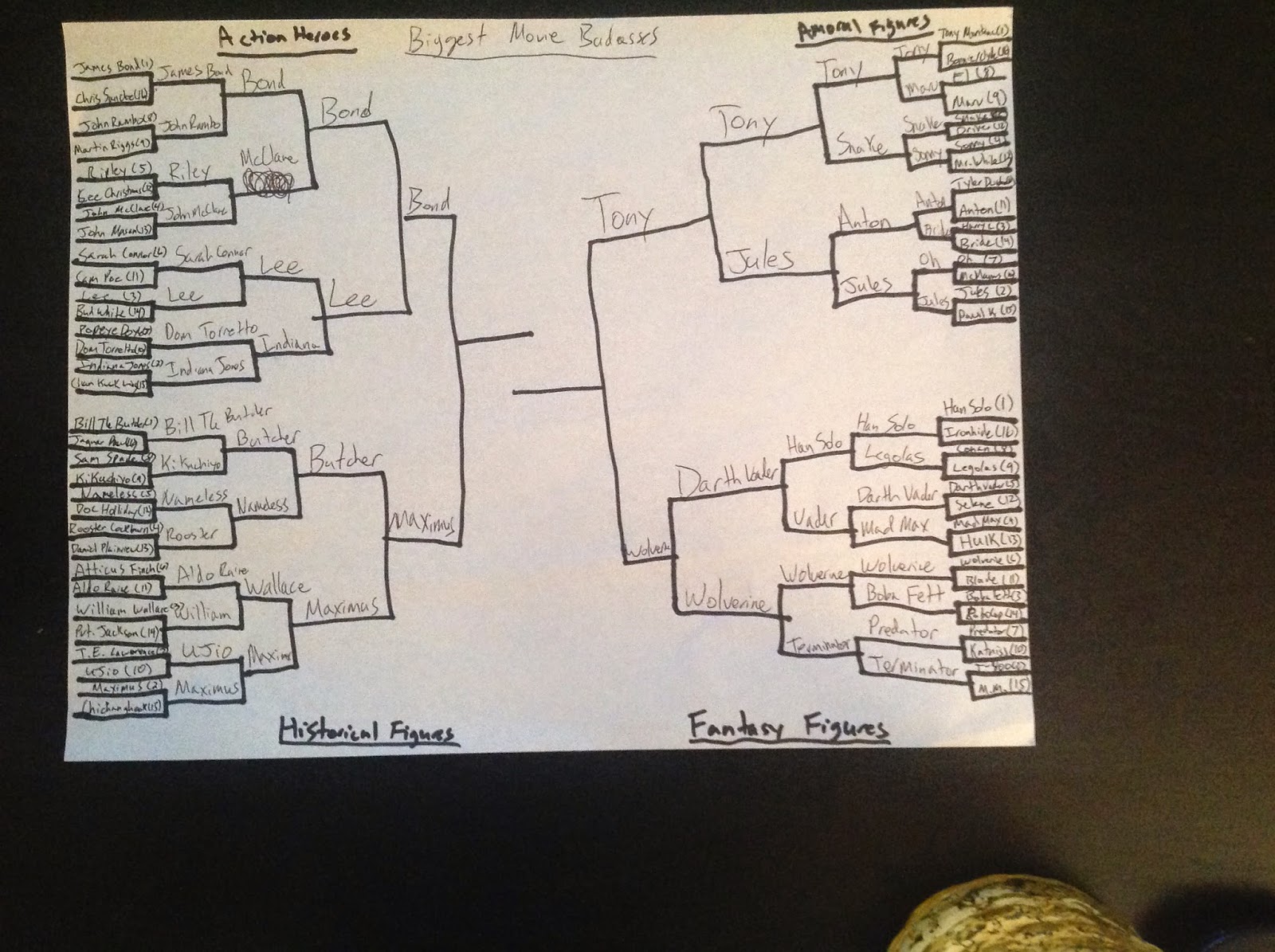 Posted by Shawn Hoelscher at 4:59 PM