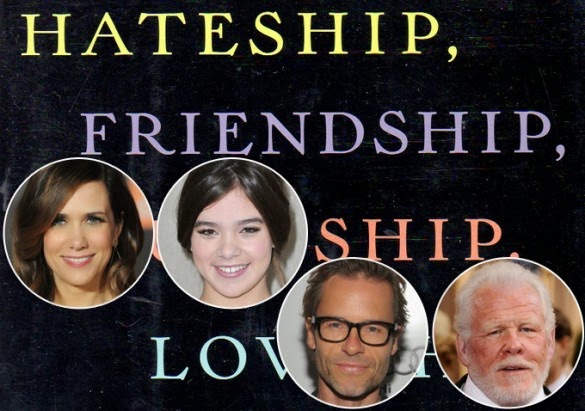 I have written about the 2010 documentary "Catfish" before, and I actually enjoyed the television show that came of it. Since beginning this blog, I have often worried about being subject of a catfish, and I have been very careful about who I allow access to my blog. It looks like a stellar cast is being assembled to tackle this material. I present the trailer for the upcoming "Hateship, Loveship."

Guy Pierce is proving in this blog that he can be more than a bad guy. I have known this before, as I have been a huge Pierce fan since 2001. However, many people know of him because of his recent villainous roles. This will be a great showcase for his fans of his villain roles. It seems Kristen Wiig is taking a swing at some less humorous material, and that's quite bracing. I think Hailee Steinfeld is creating quite the filmography so far and I can't wait to see how her career pans out over the years.

Overall, its a good-looking trailer. Tell me what you think. This could be something to keep an eye out for.


Posted by Shawn Hoelscher at 6:25 PM