How many of you caught "Assembling A Universe" on Tuesday?

If you didn't, it was a fun hour-long documentary about how Marvel planned their cinematic universe, the ideas behind it, and where it is going in the future. It was cool to listen to cast members and crew members alike discussing how they landed their roles and how it has affected them as a result. We hear talk about the future of the Marvel Cinematic Universe. We heard talk about "Captain America: The Winter Solider" which is right around the corner. My anticipation is so incredibly high right now, I don't think you can even imagine.

What we also saw was some concept art for the upcoming "Avengers: Age of Ultron." Concept art pretty much boils down to drawings of scenes that will appear in the movie. The art may not exactly parallel the final scene recorded, but its a jumping point of creativity. The art we got was a look at Scarlet Witch and Quicksilver, the new members of team joining in the sequel. We also got a scene that I am wildly excited to see.

It looks like Hulk is going to get into a fight with Iron Man, and Iron Man will be wearing  his Hulkbusters armor.

For those who didn't read the comics, the Hulkbusters armor was invented by Tony Stark. He created the armor just in case the Hulk really lost it, a precaution basically. When Banner becomes the "huge, green, rage-monster," reasoning doesn't work. There have been many times throughout the comics when The Avengers had to fight the Hulk, not because he was a "villain" per se, but to calm him down. Looks like Stark will be trying to calm down Hulk in "Age of Ultron" but why? We will find out.

The art is cool to check out, take a look below: 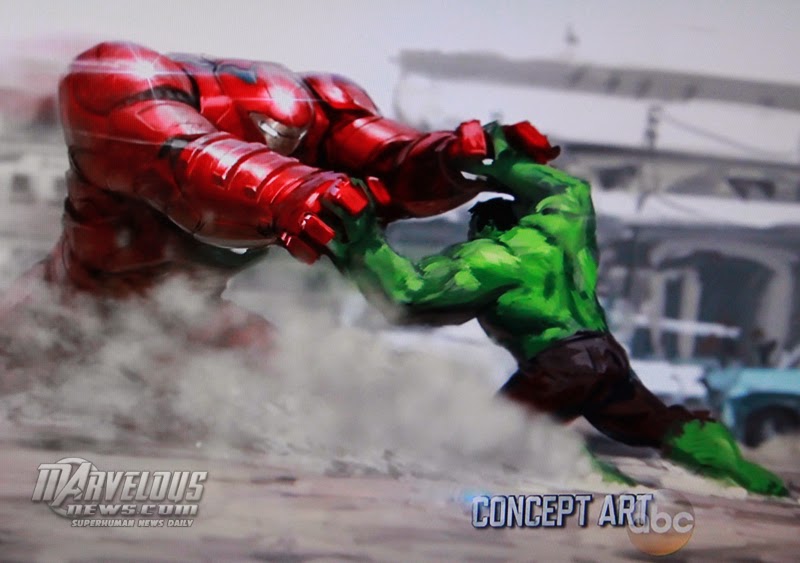 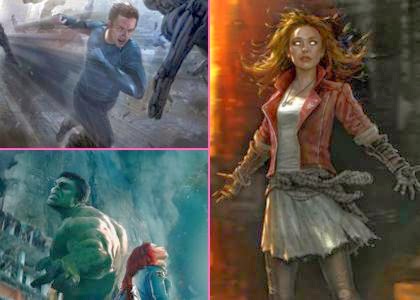 Don't know about you, but I am very pumped for this.

Posted by Shawn Hoelscher at 7:13 PM