THE FIRST OFFICIAL LOOK AT "GUARDIANS OF THE GALAXY!!!

One of the things I have always dreamed of seeing was Marvel going cosmic in some capacity. Marvel has become such a hot brand that the general audience will follow them into anything. Some people may think that science fiction and fantasy maybe for a very particular audience, but I disagree. Any group of collaborators can make any genre appealing. I mean, just look at how George Lucas handled "Star Wars" all those years, or how Paramount handled "Star Trek." The space stuff is always appealing in general simply because when we think of space, there will always be a sense of wonder. The universe is so huge and we on Earth are so small. That's the hook for movies like these, and when their done right, they feel like nothing else in the world.

I know I said this already, but I am willing to bet big money that "Guardians of the Galaxy" is going to surprise everybody poop-less. Its will possibly be the coolest film of MCU Phase Two, and it could end up being one of the very best movies of this entire Marvel project. I am not trying to sound hyperbolic, I am being as serious as ever. I think people are already curious about this adventure, with this group of space surfers. Especially since one member of the group is a wise-cracking raccoon with a gun nearly bigger than he is, voice by Bradley Cooper.

As much as it disappointed me at first, I am glad we didn't see a TV spot for "Guardians of the Galaxy" during the Super Bowl. Because, for me at least, the slow-burn build up gets me more than a quick look at something. I think the three images from "Guardians of the Galaxy" look great. We get a really cool looking glimpse into the world we'll be seeing in the theaters this August. We also get a clearer, magnificent look at the group as a whole. 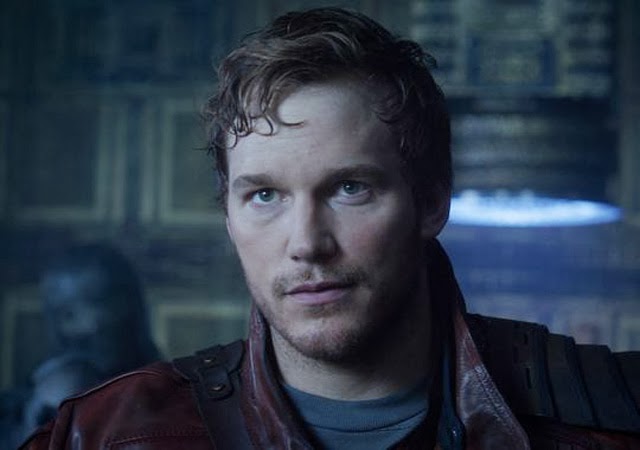 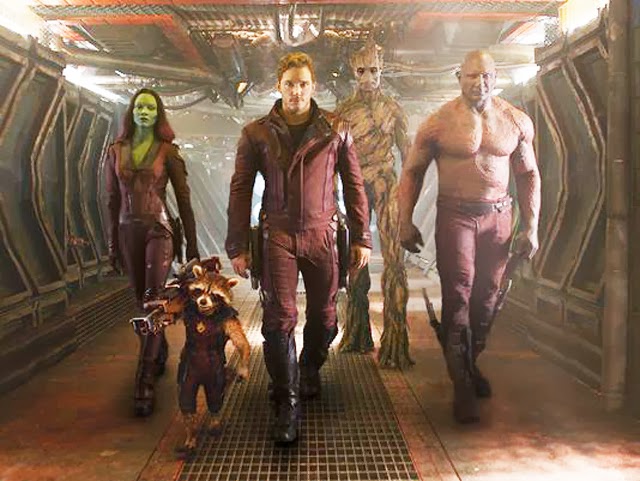 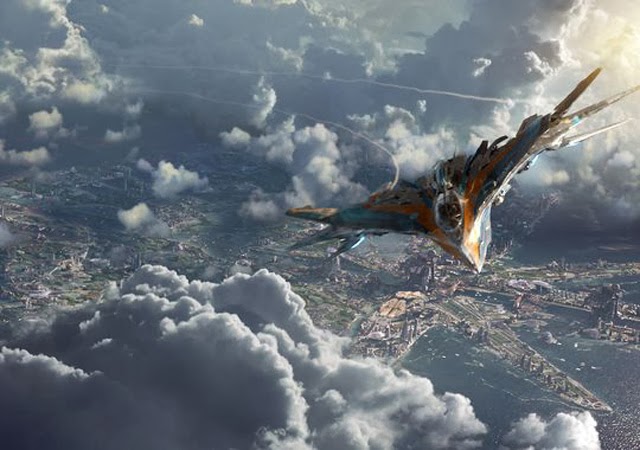 I think 2014 will be a huge year for Chris Pratt. I think from 2014 forward, you will see Pratt in many more leading roles than supporting roles. I think he's more than primed for the task. I find Pratt to be incredibly charming, quite funny and very talented. I think if there is any person in the Marvel Universe he could really make his own, and still pay respect to the character for the fans, its Pratt. Even though it was merely voice-work, Pratt's presence in "The Lego Movie" is glue to the entire success of that movie. I think he will continue to morph into a satisfying presence and he's one of the many reasons to mark "Guardians of the Galaxy" on your calendars.

We have been told that we will get our first look at the trailer sometime this week. But right now, these few images are more than enough.