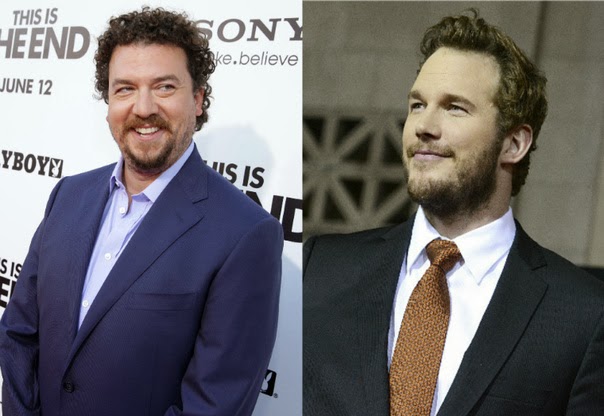 I never saw much of the original "Knight Rider" show with David Hasselhoff, but I did catch a few episodes. The episodes I did see I saw when I was very young, and I don't remember them very well at all. When I was young, I thought it was an interesting idea for a show and it at least kept my interest up. I never thought we'd see a trace of the show ever again in pop culture, but in this day and age, its silly to say never.

Apparently, the idea for a "Knight Rider" movie has been in the works for quite sometime. This is all news to me and I suppose it would be since not much has ever come of the idea at all. But in the 2010's, it looks like we will see the re-emergence of "Knight Rider." The actors being eyed for the lead roles are probably not the people who'd expect.

Danny McBride and Chris Pratt are being considered for the lead roles. Nothing is even close to being confirmed, but its being considered that Pratt would play Michael Knight (the role Hasselhoff played) and McBride would provide the voice of Knight's car. "Arrested Development" vet Brad Copeland is apparently set to pen the script.

Does that mean this movie may lean toward more comedic territory? I say that could be fairly certain. I can't remember the show super well, but I don't remember it ever being overly dramatic. I think "Knight Rider" has the potential to be a great idea for a buddy comedy. I loved "Arrested Development" so if they went more comedic, I think it would be handled just right.

What do you all think of a "Knight Rider" movie?