A Million Ways To Die In The West" Trailer! 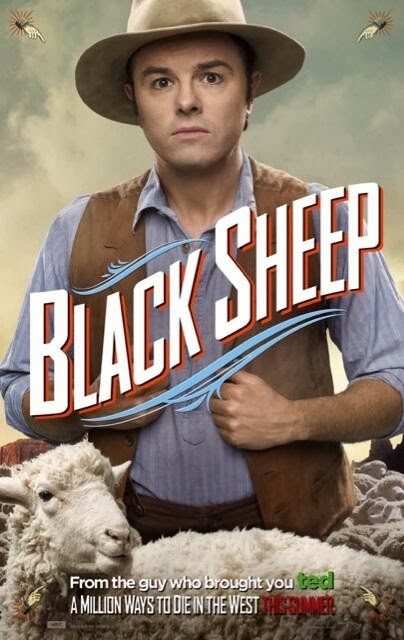 Its finally here. After a brief yet humorous stint during the Superbowl, we can finally lay eyes on Seth McFarlane's upcoming "A Million Ways To Die In The West." While I absolutely love McFarlane, I had slight hesitations about this film. This is the first feature-length film that Seth hasn't provided a voice. He will be absolutely 100% McFarlane. His acting debut is something exciting and nerve-racking. I am happy to report that, telling from the trailer, he actually doesn't do too bad.

That's right. McFarlane did well in his scenes for the trailer. So I am actually excited to see how this film plays out. He's quite funny in the trailer and he seems to have good chemistry with the big names who joined him for this comedy. I like that the usual McFarlane humor has moved into this film, but the movie also seems to be headed into a style of its own. This one looks like a classic slapstick and it could be tons of fun.

Charlize Theron, Liam Neeson, and Neil Patrick Harris look good in the trailer and I am particularly fond that Wes Studi has shown up to play an Indian Chef. All in all, this one looks like fun! Check out the trailer!


Posted by Shawn Hoelscher at 6:13 PM