The Fate of Paul Walker's Character in F&F Franchise Has Been Decided... 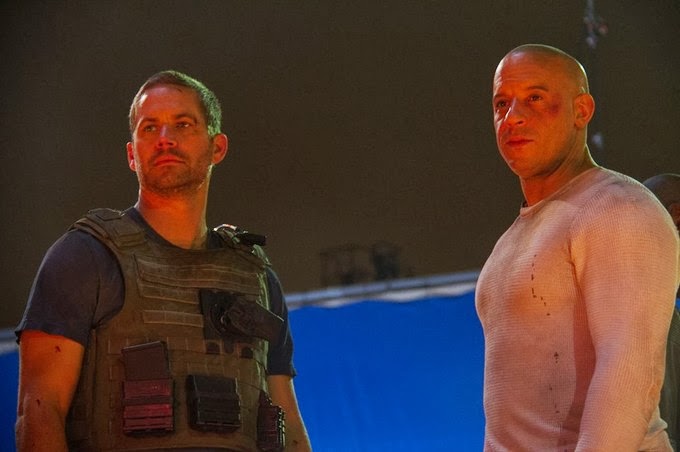 Ever since Paul Walker's tragic death, Universal has been trying to figure out what to do with Walker's character and how to keep this franchise going. After all, "Fast and Furious" is the most profitable franchise Universal has right now, and they needed to come up with mature way to protect that franchise while also playing due homage to actor who built the franchise for Universal. Walker's Brian O'Connor has appeared in all of the F&F movies except one and his character is vital to the overall mythology of the franchise. Even though Walker died in real life, would it be that easy to just kill the character off?

Universal did some serious thinking and they even took some time off of production to plan their next move, pushing the seventh film's release date from 2014 to 2015. I am glad they took the time off to properly plan. I am glad that they are figuring out what to do to keep the franchise going. I feel like it is an exciting franchise that is hot streak right now. A franchise that has gone from the darkness to the light and I desperately want to see what they have next. But I don't want it to come with a write-off of an important figure. So I really want to know what Universal will do.

We have our answer. It was reported today that Universal will "retire" the character from the series, and all of the footage Walker filmed before he died will be used in the seventh film's final cut. When we think about it, it makes sense. When we look at the O'Connor character, he's married with a child on the way, which gives the franchise some leeway to create a noble reason for the character to exit the action. No matter how they sell it, I hope it honors the memory of the character and the actor in equal measure. Walker spent lots of time getting this franchise on this feet, and he needs an honorable send-off, something that audiences will remember forever. A longlasting legacy of an actor's work. That's what I hope will happen and I think everyone involved in this series knows that too.

I believe Walker will get a proper send-off, as he should.