Overlooked Film of the Week- #39 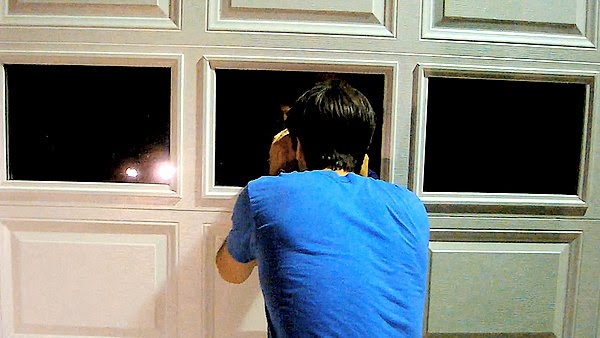 "Catfish" was a movie I wanted to see instantly. It is a fine example of how to use marketing well. When I first viewed the film's trailer in 2010, I thought it was going to be a found footage horror movie. The film marketed itself as a horror movie. The film's first poster showed a red fish whose tail was dripping red, which signaled blood and death to me and many people. It was a trailer that kept me guessing, creating countless theories of what was going on in this movie. It's a powerful trailer that made a very big impression on me, I mean see for yourself:

See what I mean? It gives me creeps even today, and I've seen the movie three times already. Not to mention that Nev Schulman got his own television show after the film and the film's directors Ariel Schulman and Henry Joost became the new faces of the "Paranormal Activity" franchise after the film. But suffice it to say, "Catfish" is not a horror film. Its not even close to being a horror film. "Catfish" is a movie about expectations, and how we as humans can build up expectations to unrealistic proportions. When those expectations fall through, the backlash stings. Its like eating or drinking something that left a bad taste in your mouth. That's exactly what happens to Nev in "Catfish," he builds up a momentous situation in his head, and when he realizes the situation wasn't what he expected, it left him disappointed, sad and rabid angry.

In 2007, Nev was a freelance photographer in New York City, and he was making a decent living with it. (Apparently, some of his photos appeared in The New York Times.) He meets a girl name Megan on the internet and they quickly become friends. Nev's friendship with Megan soon became romantic, so romantic that it inspired his brother and his best friend to make a documentary about how people fall in love over the internet. Nev begins talking to Megan over the phone, texting, email, the whole bit. He even meets and talks to Megan entire family. He begins to really care about her, and he wants to meet her. She is always hesitant though, not wanting to commit to a meeting. This event, as well as other red flags Nev begins to notice, forces Nev and his friends to confront Megan at her place.

What happens when Nev gets to Megan's family farm is brutally sad. Some critics and movie-goers alike have questioned the authenticity of the film. Many people believe its a real documentary of what happened to Nev is 2007, while others feel some stuff is too coincidental and the film maybe a mockumentary. No matter what you believe, "Catfish" is a deeply engaging experience. Whether its real or not, it has very important things to say about expectations and the world of the internet. If something is too good to be true in the cyber world, that is probably the case.

I post all my blog posts on my Facebook page, and I make those posts public. I do this to try and expand my readership as far as it can go. I have had some people follow me on Facebook because of this, and I have noticed many red flags on those pages which made me think that these people are not who they say they are. It's a very real thing on the internet and "Catfish" highlights just how careful we have to be when meeting people on the internet. The film makes that statement in a heartfelt, sometimes funny, deeply piercing package.

Posted by Shawn Hoelscher at 10:02 AM