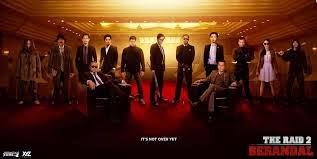 Release Date: Sometime in March 2014
Back in November, I talked about an Indonesian film called "The Raid: Redemption." Ever since I saw it, I've been telling anybody who would care about it. Simply put, its the best recent example of how to put together a simple action movie. In fact, if it weren't for all the fight choreography and extreme violence, "The Raid" could have easily been a stage play. The whole movie takes place in an apartment building, a SWAT team is being assembled to take down a big time crime lord. However, the apartment building is also run by the crime lord, and several of his criminal allies are tenants there. The entire movie is a huge battle to the top to arrest the crime lord, and it eventually turns into a quest for survival. "The Raid" is a very straightforward movie, but it features some of the best martial arts I have seen on-film in a long time, and they even squeeze some time in for character development.

A sequel has been made for the film, which will premiere at the Sundance Film Festival this month then get a wider release in March. The film will take place roughly 30 minutes after the first film ended, and it will revolve around another group of the crime lords allies who try to break him out of police custody. If the trailer is any indication, its going to another balls-to-the-wall action film, and I have no problem with that. If you love big action and badass Pacific Islanders, then you'll love this series. I hope the sequel is just as good, if not better than the original. 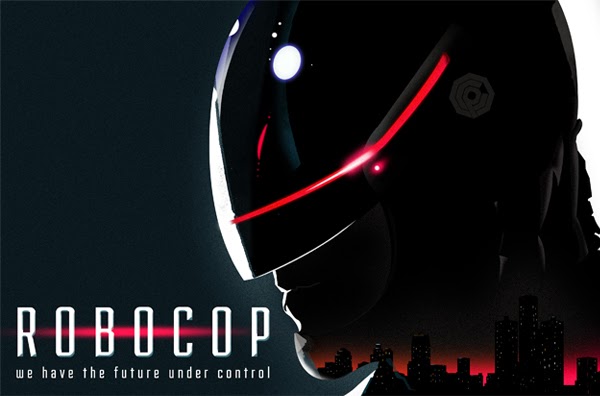 Release Date: February 12th, 2014
Remakes always make me cringe, especially when their unneeded remakes of film I adore. I am absolutely in love with the original "RoboCop," it was one of the very best Paul Verhoven films ever made and its a classic of the action genre. For its time it was slick and sleek, and gave a new meaning to the "Frankenstein" -like movie. Its a film I am not sure really needed to be remade, why run the risk of ruining a classic film?

Despite my grievances, I have some hope in this remake. The cast for the remake is stellar; it includes Gary Oldman, Michael Keaton, Samuel L. Jackson, Abbie Cornish, Jay Baruchel, Jackie Earl Haley, Michael Kenneth Williams, and Jennifer Ehle. I love that Miguel Ferrer, who was in the original film will have a part in the remake. At first Joel Kinnaman was a mystery to me, simply because I had never heard of the guy. But a few months ago, my girlfriend and I watched a three seasons of "The Killing" on Netflix, a series in which Kinnaman is a lead in. He completely ruled in that show, and I have no doubt that "RoboCop" will be a welcoming gift as he moves into starring on the big screen. I also like that remake is going in a much different direction than its predecessor. The family dynamic is nothing new in the action movie, but it at least takes this story in a different direction. I hope this will be one of those rare remakes that we will be talking about for years to come, fingers crossed indeed.

A Most Wanted Man

Release Date: January 2014 (Sundance Film Festival)
This is a film that is being hyped up by all the Sundance press, and time will tell how awesome it really turns out to be. I can't wait though, I love political thrillers, and this particular one is about a Muslim who immigrates to Hamburg, Germany, only to get caught up in the War on Terror. I love Phillip Seymour Hoffman, so much that I would watch him reciting nursery rhymes. The cast also includes Rachel McAdams, Robin Wright, Daniel Bruhl and Willem Dafoe. Its an outstanding cast and I can't wait to see what they do with this material. Apparently the film is based on a novel of the same name that has received lots of positive praise from politicians all over the country.

We should be getting early reviews for this one fairly quick, and I can't wait to see what people are saying about it. This will definitely be one to look for.

That's all for now, check back in again tomorrow for another round!
Posted by Shawn Hoelscher at 5:35 PM