Release Date: September 26th 2014
I previously did not know this, but "The Equalizer" was an old British show. The movie is based on the English show but will take place in America. The film will be directed by Antoine Fuqua, who is big on action. His resume includes "Tears of the Sun," "Shooter," "Brooklyn's Finest," "Olympus Has Fallen," and "Training Day." He creates action-packed yet brooding features and this will probably be no different.

I don't know much about the old show so I don't know how closely the movie will resemble the show. The movie will be about an intelligence officer who becomes a Robin Hood-like vigilante. When he helps a hooker, it makes a bunch of Russian Mafia members angry and a war begins. Seems straightforward, but Denzel Washington will be the lead, and he makes anything he's in watchable. The film will also feature Chloe Mortez, Melissa Leo, Martin Csokas and Haley Bennett. 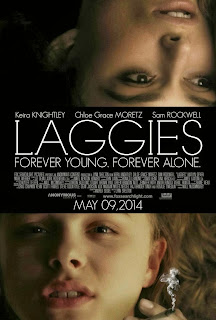 Release Date: January 17th, 2014 (Sundance, wider later)
I have never been married yet, and I probably won't be anytime soon. But throughout my life I have heard people talk about it, and how much of a commitment it is. This movie is about a woman being asked to be married after a long relationship. Before answering, she goes out of town to consult with a friend before making her decision.

It may seem like a weird story for a movie, but director Lynn Shelton is a good director and the cast includes Keira Knightly, Chole Mortez, Sam Rockwell and Mark Webber. I am very curious to read reviews out of Sundance for this one, could be one worth looking for. 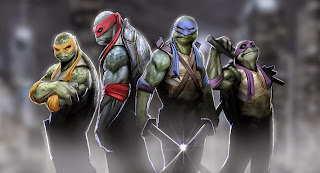 Release Date: May 16, 2014
I've spoken a lot about this movie already, and information is pretty scarce so far. A script was leaked in 2012 about the upcoming movie. It detailed that the turtles would not be born from radiation but come from a different dimension, it said that Master Splinter would be an alien from the same dimension. It would be revealed that Shredder would be a Col. Schrader and he would secretly be an alien who can grow blades from his body. Michelangelo would get a romance with a female turtle from their dimension. It all sounded so silly and stupid, too much to be real. However, Paramount Pictures laid the smackdown on the leak, which raised several eyebrows. If it were fake, why would a major studio care so much? We haven't heard any more story details since the leak, so we don't know where this is headed.

We know Megan Fox is April O'Neal, which is could be very bad or just fine. Another big question mark is that William Fichtner would play Shredder, a casting call the caused much controversy, since Fichtner isn't Asian. Will Arnett and Whoopi Goldberg are in the film too, which could go either way. We also know that Rocksteady and Bebop will NOT show up in the movie, but honestly, is that bad? "Teenage Mutant Ninja Turtles" (or is it just "Ninja Turtles?") is easily another big question mark of 2014. Will this be the repulsive wreck it seems to be hinting at? Or will this reboot become one of the years bright surprises? It could go either way, but for being a long time fan of the turtles, I hope it tips in their favor.

Look for Round 8 sometime tomorrow.