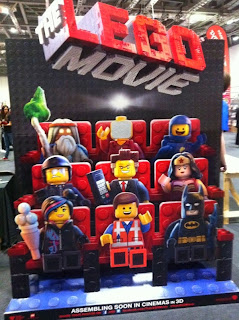 Release Date: February 7th, 2014
Never in my whole life would I have ever expected to see a movie that had wizards, giant robots, dark lords, Teenage Mutant Ninja Turtles, space shuttles, United States Presidents, basketball players, ninjas, and Batman in the same movie. But in 2014, we are going to get a movie that features all of those things. I can't fathom this being real but I'll try. I never expected to be excited about something like a LEGO movie. But based on the trailer, it looks like the filmmakers have put together a great cast, they've got some fun ideas and they are letting loose on those ideas.

The best part of the trailer is that I laughed, plain and simple. That's the main reason why I can't wait to lay eyes on this movie. It's going to be fun, it's going to be ambitious and it looks like it is totally embracing the very commercial pieces its working with. What can you expect from it? The other exciting thing about this movie is that its coming very soon, which is all the more reason to get excited. 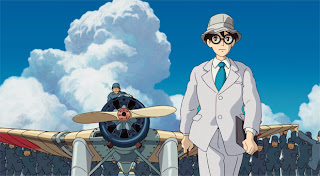 Release Date: February 21st, 2014
I know I have done this countless times already on this blog, but Asian cinema is awesome. I have always been especially fond of Asian animation. The work by Hayao Miyazaki is pure, animated genius. The closest to perfect animation can possibly get. Hayao Miyazaki has made such great films as "Howl's Moving Castle," "Spirited Away," "My Neighbor Totoro," "Princess Mononoke" and "Ponyo." Sadly, this will be Hayao Miyazaki's last film before his retirement and he will be a unique, special voice in film-making who will be greatly missed. Miyazaki creates beautiful, colorful, surreal films that embrace you, touch your heart and soul, and lift you to great heights.

It sounds like Miyazaki's last film could be his very best. "The Wind Rises," has already been shown at numerous film festivals, and the buzz on this film is quite strong. I can't wait for every corner of this film to captivate me. I can't wait to get taken away in the whole epic animated greatness of it all. I can't wait to enjoy another beautiful movie.


Posted by Shawn Hoelscher at 9:05 PM