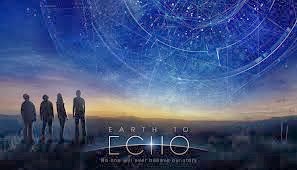 Release Date: April 25th, 2014
Sometimes, a movie can an impression on you simply based on its trailer. The power of a film's marketing can make or break its popularity. A big marketing tool that I feel is really beginning to take shape in Hollywood is the idea of keeping everything mysterious. Don't let your audience know too much and don't give too much away. Some marketers use this tool flawlessly while other marketers like to give so much of the movie away that one feels like they witnessed the entire movie in the trailer.

"Earth To Echo" uses mystery to draw us in. Its the type of trailer that makes you wonder what you just witnessed. Yes, it looks as if "Earth To Echo" will be yet another found footage film. However, I don't think the found footage device to be used exclusively for horror. Both "Chronicle" and "Project X" both proved that the sky is the limit with the device, and I think "Earth To Echo" will another great example of how to use the device. The found footage film isn't going anywhere anytime soon, so the best way to handle it is to get used to it. Check out the trailer, I think you'll agree its something to look for! 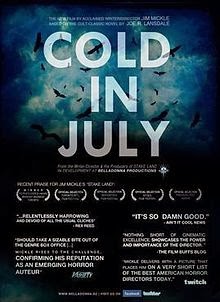 Release Date: Premiere at Sundance Film Festival this January, wider release sometime after
I love myself a good old-fashioned thriller. I live for those types of films. So how could I not mention "Cold In July?" Based upon a novel by Joe R. Lansdale, it tells the story of a man who shoots an armed robber who broke into his home. Later, it is revealed that the father of the man who broke into the man's home is stalking him, ripe with revenge. The father can't get himself to kill in cold blood, so he doesn't go through with his revenge. Events get trickier once it is revealed that the armed robber the man shot isn't the son of the man who tried to kill him.

Michael C. Hall will play Richard Dane, the man who killed the armed robber in his home. I love that Hall is in this and I can't wait to see where his career takes him in an post-Dexter world. Sam Shepherd will play Ben Russell, the father of the accused armed robber. Don Johnson will also make an appearance as a private detective who teams up with Dane and Russell to find who really wanted Russell's son dead. You can tell the cast for this will be stellar. I can't wait to see early reviews for this pour out of Sundance, if they're good, this one will come our way sooner rather than later. 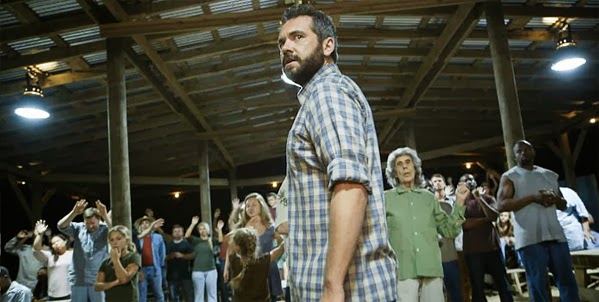 Release Date: Summer 2014
When it comes to horror movies, there are two types of terror that get me every time. Horror that revolves around religion is truly horrifying to me and when you add death cult to that, it makes it even worse for me. There was big buzz last September as "The Sacrament" debuted at the Toronto Film Festival. This summer, the rest of us will lay eyes on this much hyped horror film.

Ti West directed this film, who also made "House of the Devil," and "The Innskeepers," both of which you can find on Netflix. West was also involved in the V/H/S franchise, he's a smart, loud new voice in horror and I can't wait to see this one play out. If religion-horror and death creep you out as much as it does for me, I think we'll have a spooky good time this summer.

Round 4 will come later!

Posted by Shawn Hoelscher at 10:00 AM