Release Date: May 16th, 2014
Godzilla is a character we know about. I grew up watching the old-school, Japanese Godzilla movies. I have seen the movies where he is a menace that destroys cities and I have seen the movies where he is a unconventional hero who fights other monsters. Those films are fun for what they are, but they are very hard to take seriously. Perhaps that is why the character has lasted as long as he (or she) has. However, America has taken its stab at this property before. When it did, it was 1998, and that film was a awful dud. Something most movie fans tend to try to forget. 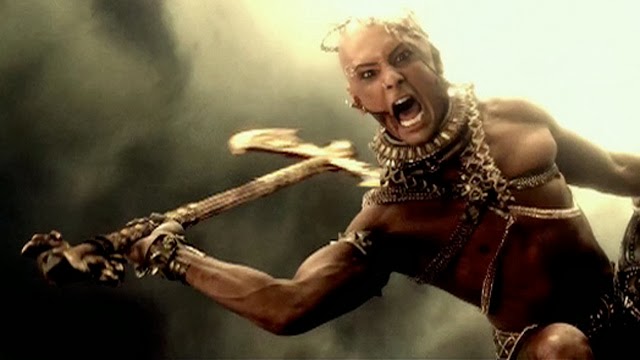 Release Date: March 7th, 2014
Okay, let me be honest. I am both anticipating and dreading this prequel/sequel/whatever. First of all, I don't get why this movie is getting made. Obviously, The WB is cashing out on a popular R-rated property, but just because an R-rated film made a ton of cash, doesn't mean a prequel/sequel/whatever is a good idea. The film won't be the same without Gerald Butler or Michael Fassbender, I don't know if Xerxes, Queen Gorgon or Eva Green can carry a movie by themselves. Worst yet, Frank Miller, who adapted the real Battle of Thermopylae into a graphic novel in which the film is based on, never wrote anything after "300." He never wrote a sequel, or a prequel, or anything 300-related, "300" is his only book with these characters. When Hollywood tries to do something which was never intended by an outside author, it never ends pretty. Worse yet, Zak Snyder isn't returning as director.

With all that said, I suppose the trailer is somewhat groovy. I like that they brought as much of the original cast back as they could. I like that they are somewhat basing the movie on actual events, which could help it in the end. This is definitely one of the bigger question marks of the upcoming year, will you see it or skip it? 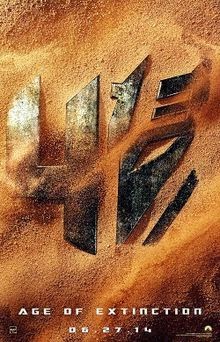 Release Date: June 27th, 2014
Michael Bay's "Transformers" film franchise will go down in history as one of the most polarizing film franchises in recent memory. People seem to really rally behind the franchise or they completely haze it with hate. Me? I fall somewhere in the middle. I felt the first film was a ton of fun, the second film was a horrific fumble, but the third film was the movie I feel Bay had been trying to make all franchise long. I don't know if Bay has learned anything from his first three films, we can only hope.

We know that Shia LaBeouf and Rosie Huntington-Whiteley are not returning for the fourth film, Peter Cullen IS returning to voice Optimus Prime. And the only reminice of the original franchise is Tyrese Gibson may cameo as Robert Epps. Mark Walhberg is the new human face for this franchise, and he will be joined by Kelsey Grammar, T.J. Miller and Stanley Tucci. That's a pretty decent human cast. We also know among the new Transformers will be the long-anticipated Dinobots. All of this information and we still don't have a trailer yet. One thing is for certain, the action will once again be big, loud and epic. But will Bay work with a half-way decent script? Will he loose all the unneeded racist, sexist, crude humor? Will he take the time to edit the movie? Will he write out any stupid, worthless, annoying human characters? Will he stop giving his robots goofy traits and ticks? All of the answers to these questions will make or break this fourth installment. We can only hope that Bay has learned from his past, so he can brighten his future.