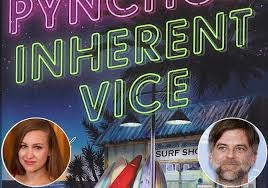 Release Date: TBD 2014
Paul Thomas Anderson is a master of filmmaking. Ironically, he directed a film called "The Master," too. That movie came out last year, was one of my very first members of my "Overlooked Film of the Week" column and it starred Joaquin Phoenix. Sometime this year, Phoenix will reunited with Paul Thomas Anderson for the crime comedy "Inherent Vice." Not only will Phoenix reunite with P.T. Anderson, but he will also reunite with Reese Witherspoon, who starred with Phoenix in "Walk The Line" in 2005. The film is based on a book by Thomas Pynchon, who also wrote the screenplay for the film. The film co-stars Owen Wilson, Josh Brolin, Benicio Del Toro, Maya Rudolph, Martin Short, Eric Roberts and Michael K. Williams.

I am especially curious because like I said, I love Anderson. "Magnolia," "The Master," "There Will Be Blood," "Boogie Nights" etc...but look at that list of films, they are all mostly on the serious side. The book is apparently a crime comedy. I have no doubt in my mind that Anderson can be funny, there are small moments of comic relief in all of his films. I am just intrigued by the material, and I think its a good course for Anderson. This movie will showcase his range, and I look forward to it promptly. 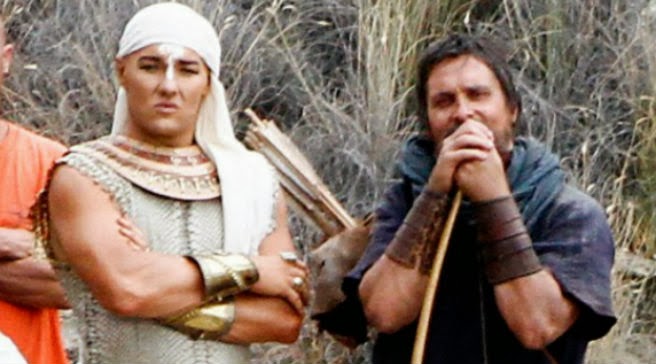 Release Date: December 12th, 2014
Many critics will try to tell you that director Ridley Scott is only a so-so director. But as I have argued before, that is all in the eye of the beholder. Yes not everyone agrees with me on the merits of "Prometheus," or "American Gangster" or "Body of Lies," but Scott brings a unique quality to his films that I find exciting. Plus, when Scott is working in historic mode, he's almost unbeatable. Look, I know "Robin Hood" was a huge miscalculation, but Scott was mixing fable with history and it flat-out didn't work. But that film isn't comparable to "Kingdom of Heaven" or "Gladiator." I think Scott will deliver similar power with "Exodus."

Like I have said before, the Christian epic sub-genre is making a comeback this year. I hope "Noah" will be everything it looks like, and I am sure Scott is going to do wonderful things with the story of Exodus. He's got Christian Bale playing Moses. He also has Joel Edgerton, Aaron Paul, Sir Ben Kingsley, John Turturro and Sigourney Weaver rounding out the rest of his cast. I am expecting good things from this film and I can't wait to see the first big trailer for this one! 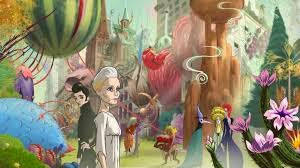 Release Date: TBD 2014
This is a movie that combines the live-action with the animation and it just looks like a dream. The word from last year's Toronto Film Festival was strong on "The Congress," and its United States release will happen sometime this year. How powerful does the film look? Well just check out the trailer:

I think that pretty much speaks for itself. Oh, and I also got to say that Robin Wright was particularly strong in Netflix's "House of Cards," just more incentive to check this out.

So, tomorrow night I will list my last three films on my 2014 Radar Project list. January is almost over and February is almost here. I have had a great time looking at all of these films individually. I hope you have to and I hope that I have at least got you curious about a few titles I listed. I hope your calendars are all marked up and your ready for 2014 as much as I am. I am sure you'll agree 2014 could end up being another great year for movies. Let's hope it is!
Posted by Shawn Hoelscher at 7:54 PM