The Hobbit: There And Back Again 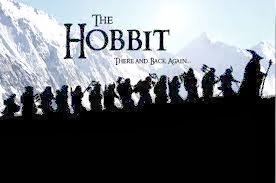 Release Date: December 17th, 2014
Next winter, Peter Jackson's long-winded interpretation of "The Hobbit" will come to a close. I had my hesitations about adapting a small book into three films, I felt that the book should have been adapted into one sitting (Shit, even two films is kind of pushing it.), I was never throughout. But, despite all my gripes, I never let them overwhelm me. I kept my mind and my heart completely open and I have been rewarded for it. For all the major changes in order to drag this story out, Jackson has been able to entertain each time. You can't argue against that. I don't think this series can even come close to comparing to "Lord of the Rings," but I have had one hell of a great time so far, and I think the conclusion will be great.

Not to mention that "Desolation of Smaug" this year had quite possibly, the best ending in any film of the Lord of the Rings universe so far. The beginning and ending of this third film will be sweepingly emotional. The work done by Jackson's cast has been nearly perfect. Jackson also showcased a great eye for world-building and once I have all three Hobbit films at my disposal and I can watch Jackson's vision in its entirety, I feel I will be visiting Middle Earth, and that's an encouraging thought!

Guardians of the Galaxy 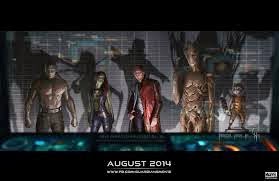 Release Date: August 1st, 2014
In recent weeks, I have been overjoyed by Marvel. They are really going to start getting into the wackier parts of their universe. If you ask me, its the perfect time to do that. Marvel took its time to build a coherent universe that everyone took seriously and everyone embraced. Marvel has been cunning, smart and relentless with its MCU project that has been a wild ride so far. Now that Marvel got us to believe in a Norse God, can they make us believe in a gun-trotting, talking space-raccoon, voiced by none other than Bradley Cooper?

For a long time, I have longed for Marvel to make into space. Now, my dreams are finally coming true and I am ecstatic. A cast that includes Chris Pratt, Zoe Saldana, Lee Pace, Vin Diesel, Michael Rooker, Bradley Cooper, Benicio Del Toro, Dave Batista, Glenn Close, John C. Reilly and Djimon Hounsou has got to be the most random cast in history of film, but it will probably a great example of the right casting. I feel with all my heart that this will be the best  film in Phase Two, something that will surprise the viewers with shock and awe. I can't wait for our first look of the film on SuperBowl Sunday! 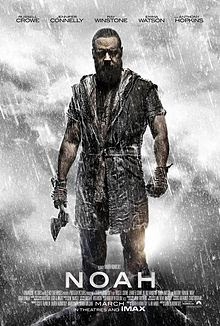 Release Date: March 28th, 2014
Well, the story of Noah and his Ark is being adapted into an epic film by Darren Aronofsky. Aronofsky has made some horrific and experimental films like "Black Swan" and "Requiem For A Dream." But he also made something powerfully inspiring as "The Wrestler." Aronofsky is a guy with a lot of talent which he can take in any direction. He maybe the perfect guy for "Noah."

What I did not expect was how emotional this film looks it will be. Every time I watch the trailer, and I see Ray Winstone come to Russell Crowe with his horde of merciless murderers. Then Winstone says "you face me alone with a army at my back?" And Crowe unflinched says "I am not alone." Ugh...it punches me in the heart every time. Russell Crowe, as well as the rest of the cast, are going to nail this movie. I can also tell that this film will be a visual wonder. No matter what faith you hail from, I think everyone will agree how special a movie Aronofsky has made.


Posted by Shawn Hoelscher at 9:08 PM