Release Date: October 10th 2014
Every Monday through Friday, I drive 40 minutes to Mt. Prospect, IL and work as a lead teacher at a daycare. One of the stories I have on my teacher's shelf is Alexander and the Terrible, Horrible, Very Bad Day. Its one of my very favorite stories to read, and the kids love it just as much as I do. The story is exactly what it sounds, a little boy named Alexander has a very bad day, all day long. It starts with him dropping his sweater into a sink of water, then moves to getting scrunched in the car pool to school. He gets told that he is the third best friend of his best friend, his teacher hounds him, his mother forgets dessert, he gets a cavity at the dentist, the shoes he wants at the shoe store are sold out. On top of everything, his family has lima beans for dinner and Alexander hates them. The entire story, Alexander wants to move to Australia, and the day doesn't go right at all. His mother reassures him that some days will be like that, even in Australia.

There will be a live action adaptation of the children's book due this October. The film will star Steve Carrell, Jennifer Garner and it will introduce Ed Oxenbould as Alexander. I am insanely curious to see how the movie will interpret the book. Much like with Spike Jonze with "Where The Wild Things Are," Alexander... isn't a very long book, and there isn't a real narrative holding it together. I will be very curious to see the first trailers for the film and see where the story on film takes us! 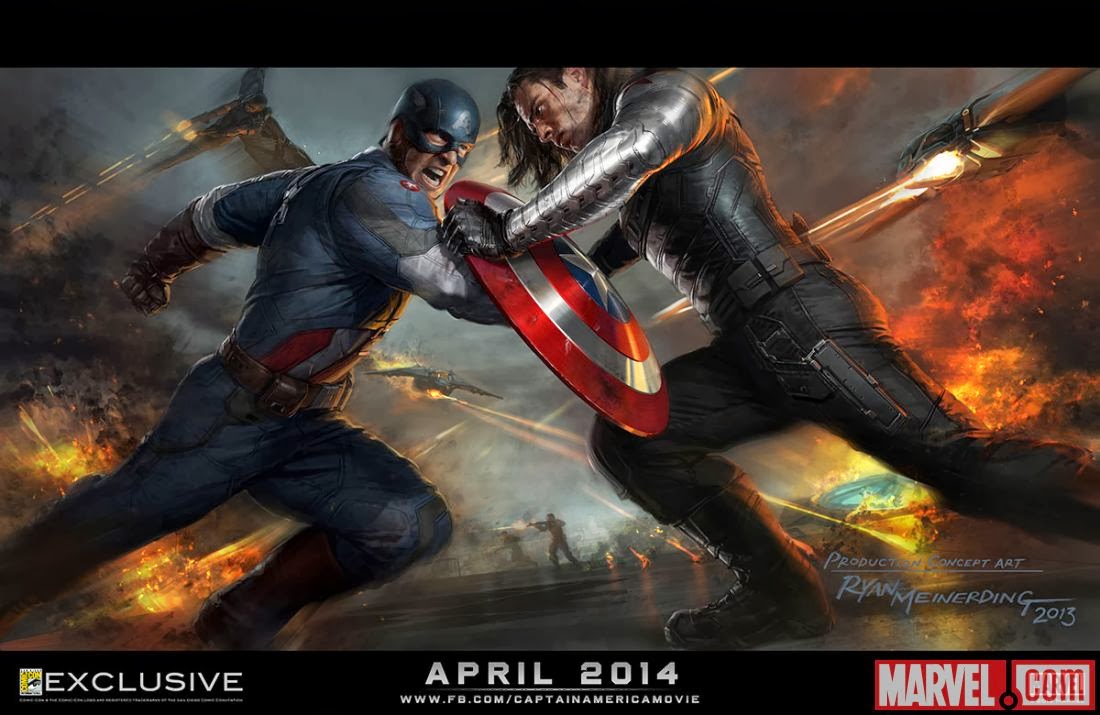 Release Date: April 4th, 2014
If you've been paying close attention to this blog, and if you know me well at all, then it should come as no surprise that I am discussing the sequel to "Captain America: The First Avenger" on a 2014 anticipation countdown. Everything about the first film in 2011 surprised me, everything. I was surprised by how adventurous the whole production looked, and I was surprised just how old-school it looked and how that style fit the movie well. Most of all, I shocked at how well Chris Evans did with the part. He was the only piece of casting I was dreading for several months prior to the first films release. Before 2011, Evans wasn't an actor I particularly looked for nor particularly liked. I thought Evans would be too comedic, I thought he'd be too tedium and I thought be a little overly-sexed. However, I ate my words badly in 2011. I feel the Captain America we saw onscreen is the closest Marvel has come to really translating a character from comics to screen. It felt like Steve Rogers left the comic world and entered the film world and that is due mainly to Chris Evans performance.

Now, the sequel is coming in a few months and it seems things are going to get dark. Through the darkness however, it seems the film will still inspire and be entertaining. I love that we are going to see the turmoil of the Winter Soldier onscreen. (For those of you who didn't read the comics, I am not giving anything away!) I can't wait to see what Marvel does with the story. There seem to be some political parallels to our current situation, there is a mysterious malice toward Robert Redford's character, there may even be a budding romance between the Captain and Black Widow. There are also some big rumors revolving around a couple characters from previous MCU fans that have got my curiosity in overdrive. Phase Two has been slow so far, but 2014 could kick this second major faction of films into gear! 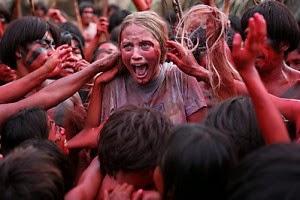 Release Date: September 5th, 2014
In the 1980's there was an exploitation-horror film released called "Cannibal Holocaust." Does it ring a bell to anyone, I am sure that it doesn't. That's too bad, because it was one of the very first examples of the found-footage genre. It also has some of the most unsettling imagery in any movie ever, which makes the film hard to see, hard to find and hard to discuss. The film focused on a film crew who goes down to Brazil to shoot a documentary about The Amazon. The crew never returns but the college that funded the trip got the footage back, and watch in terror as their people were killed by the Amazon tribes that were down there.

Eli Roth, who has made such films as "Cabin Fever," and "Hostel" directed "The Green Inferno," which was very much inspired by "Cannibal Holocaust" and other cannibal horror films that were like it. "The Green Inferno" taps into the same storyline. A group of activists go down to the Amazon to help tribes down there, when they crash into the jungle. The activists are soon taken hostage by the very people they wanted to help, and as I can imagine, things get very bad from there. Eli Roth is a modern-day exploitation master, and the buzz from the 2013 Toronto Film Festival has been strong on this film. Me being the horror fan that I am, I cannot wait to lay eyes on this HORROR-iffic masterpiece. The year 2014 could be another great year for horror, let's keep our fingers crossed for that notion to come true.

Posted by Shawn Hoelscher at 7:00 PM