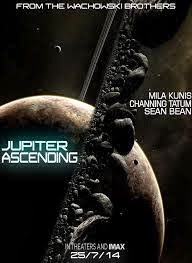 Release Date: July 18th, 2014
If there is any group of filmmakers who are constantly pushing the envelope in the sci/fi arena, its the Wachowski Brothers. Every time I sit down to watch the "The Matrix" trilogy, I sit back, awe-struck. I never knew that a movie which featured alternate realities, flying people, sad  futures, kung-fu, deadly robots, machine guns, and a boatload of philosophy could be so addicting and awesome, but the Wachowski brothers pulled it off. I am also quite fond of their adaptation of "V For Vendetta" and I am completely in love with "Cloud Atlas." I must also say that "Speed Racer" was a bit of a miscalculation, a fun miscalculation, but a miscalculation nonetheless.

These ambitious brothers are returning this summer with "Jupiter Ascending," and honestly, this will be one movie to NOT miss this summer. I feel like the Wachowski brothers are at their best when they are working with their own original ideas rather than a mere adaptation. The look of the film is a complete marvel, and I love the cast. Channing Tatum, Mila Kunis, Sean Bean and Terry Gilliam looks like a perfect example of not the best casting, but the right casting. Big, poetic and mysterious, I can't wait for this! 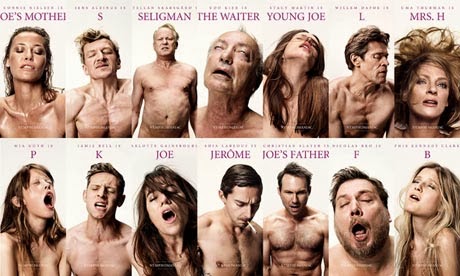 "Nymphomaniac : Part One" will be released on March 21st, 2014
"Nymphomaniac: Part Two" will be released on April, 18th, 2014
Yes, you are reading this correctly. I have not gone crazy and my head and heart are both perfectly clear. This year, we will witness the two-part journey of a woman and her lifelong addiction to sex. It features a cast that includes Uma Thurman, Connie Nielsen, Christian Slater, Stellan Skarsgard, Willem Dafoe, Shia LaBeouf and Charlotte Gainsbourg. So how does a movie about epic nymphomania make my list of films to see in 2014?

Well, if there is a master of capturing adult subjects onscreen, its Lars Van Trier. When he gets an idea for a movie, he takes his vision all the way, handles it like an adult, though still completely relentless at the same time. In "Melancholia" he tackled end of the world with family anxiety, in "Antichrist" he tackled religion and misogyny, and in "Breaking The Waves" he tackled sexuality and faith. Uusally, those themes are rarely handled in a mature way, but Van Trier seems to handle his themes with ease. Along the way, Van Trier has been able to shock, debase, overwhelm and pierce his audience, but he has always left his audience entertained. I am sure "Nymphomaniac" will have some comedic moments, but the film will definitely not be a comedy. Van Trier will take this mature content and make something luminous, something bold, and something intelligent with it. Watch out, this will be something to look for. 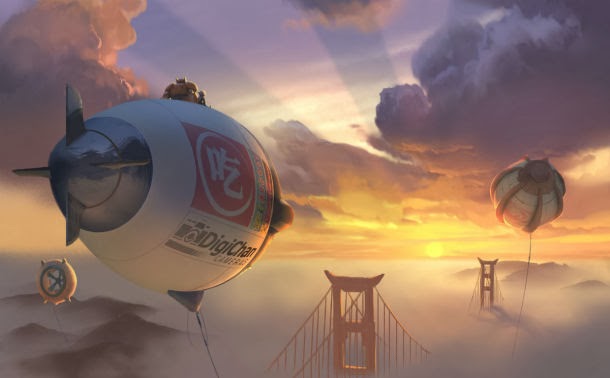 Release Date: November 7th, 2014
The year 2014 will, yet again, be a huge year for Marvel. Starting this year, we are going to see Disney and Marvel start to become incredibly ambitious, breaking the barriers they have created. The year 2014 for them will be full of question marks. "Guardians of the Galaxy" will be the weirdest thing yet to appear in the Marvel Cinematic Universe (more on that particular film later) and we should expect MCU to get weirder as we move into 2015. Also in 2014, we will get our first Disney/Marvel animated film, as well as the first Disney/Marvel film not connected to the MCU. I am talking, of course, about "Big Hero 6"

Information is pretty dismal so far for the film. You can find a couple beautiful images online, as well as some plot points for the film. The movie seems like it will be vaguely based on the Marvel superhero team of the same name. The animation is, no doubt, beautiful. I am also dying to see the Marvel characters being used in the Disney-ish setting. I can't wait to see how this one shakes out. First trailer soon, please!


Posted by Shawn Hoelscher at 8:28 PM