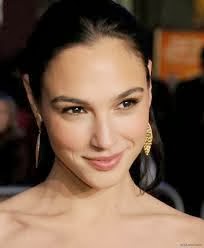 The news has fluttered to every point of the internet today. Wonder Woman has been made official, she's going to appear in the upcoming "Batman vs. Superman" movie in 2015. She will be played by Israeli actress Gal Godat.

I reported this rumor a little while back, while saying that Nightwing might show up in sequel too. I thought for sure that the Wonder Woman thing was just a fun rumor that I took with a grain of salt. Nope. Wrong. She's definitely in the movie. Now, I am reading that The Flash could make an appearance too. All of these rumors are true, then this movie is looking less like "Batman vs. Superman" and more like "Justice League."

That's a big problem. Not just with me, but potentially for the studio.

Look, I have no problem with Gal Godat. I thought she did a good job in the "Fast & Furious" franchise. All the haters I've read from tonight have arrived at the following: "She's too skinny to be Wonder Woman," "Wonder Woman should have curves" etc. etc. Okay, fair enough. But actors AND actresses add muscle when needed. People have an certain image of a character from pop culture in their heads, and when that picture isn't satisfied by casting, they rail against it. Let's wait before we freak out, okay?

So my problem isn't with the casting, its with the idea of it all. What is Wonder Woman doing in a Superman movie? And I answer. I have harbored a certain suspicion ever since this project was announced at Comic-Con. I think DC/WB doesn't think Superman can stand on his own, so why not pull a Marvel and cash-in on these characters now? That's a pretty big risk. With each new character they want to put in this movie takes away from Superman. Because how can the movie belong to Superman when seemingly half-a-dozen other people are in it? I think WB/DC is shooting its wad WAAAAAAAAYYYYYYY too early.

Why Marvel is hot right now has to do with their timing. They have put down a lot of ground work to get their franchise to where it is today. They didn't start throwing characters at the first Iron Man movie. Marvel outlined a plan, had the backing of the studio to do it, then made every right decision after that. Marvel takes their time, and they are rewarded for it. DC just wants to mirror that success automatically, well, for following Marvel's template so closely, they really just don't get it.

Here's my two cents. DC/WB should have let Superman have his own, stand-alone trilogy. No Batman, no Nightwing, no Wonder Woman, just Superman. The studio proved with "Man of Steel" that Superman does work onscreen. I know not everybody loved "Man of Steel" but I sure did. I know I am not alone either. Over the course of a personal trilogy, they could have worked out the kinks and made the first set of great Superman movies. But with great greed comes no responsibility. Now, Batman and a whole host of needless characters will show up in the sequel. And its got many wondering, will the movie be about Superman? Isn't that the point?

I felt a spark over the summer, walking out of the theater after "Man of Steel." That spark told me that DC could get their act together and become serious competition with Marvel. That's what we want, that's what people really want to see. But if they rush to make the buck, they will loose in the end. Nobody wants slapdash quality, the superhero genre has been around long enough that people know what can and cannot be done. Especially when your dealing with icons as big as Superman and Batman, they deserve a certain degree of respect. Gal Gadot and Ben Affleck might be great for these roles, but its flat-out too early for either of them. Enough said.

I was once energized by the possibilities "Man of Steel" opened up. Now I think those possibilities might overwhelm everyone involved, what will come in the aftermath will be a forgettable series. That's really just too bad.

I hope I'm wrong. I hope so very hard that I am wrong.