Much like his comic book counterpart, it looks like Wolverine in the movie world will have many a costume! I have to admit though, he looks pretty awesome in the new duds.

Based on the trailer, in the future of the film, everyone has new costumes. The look of the costumes is much more military, armor-like than ever before. Obviously, that has to do with the enemies of the movie, but you haven't gotten into the comics yet, I won't spoil anything for you! I wonder if we will learn anything new about the costumes! 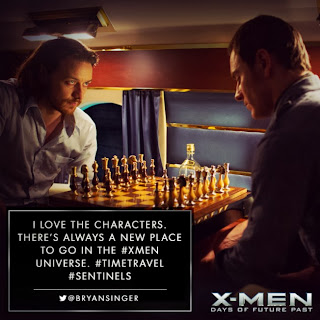 I am still very much looking forward to this!


Posted by Shawn Hoelscher at 7:38 PM