My Thoughts on the "Amazing Spiderman 2" trailer 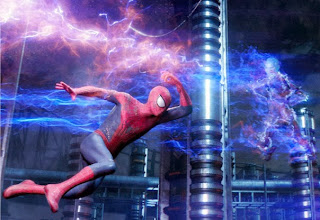 For the last several months, I've been tooting my horn about the upcoming Spidman movies. I hope you all are not annoyed by my constant blabber of the character and his movies. I promise there is a good reason for all of it. The point being, Spiderman is one of my very favorite superheroes. I want every piece of pop culture with him in it to be gold. Sam Raimi's trilogy might not have been super-faithful to the comics, but Raimi was able to evoke strong emotions from his characters and his story. While I really enjoyed "The Amazing Spiderman" last year, I didn't fall in love with it. I feel a great deal of the film plays way to similar to Raimi's first film, when it should feel like a story of its own. Other problems were with the story itself...which we'll get into more with the first look at the "Amazing Spiderman 2" trailer.

Overall, its a good looking trailer. We get interesting glimpses of Electro, Rhino and Green Goblin. It definitely looks like Spidey is going to have his hands full in this movie. That could be a great thing or could be a one-way ticket to Hollywood hell. Only time will tell. We can't tell by the trailer just how much screen time each villain will get. I understand that there is a set-up in play for The Sinister Six to show up in the 3rd film in 2016, and I hope this second entry is just that...set up...not the whole nine yards.

Things I liked about the trailer 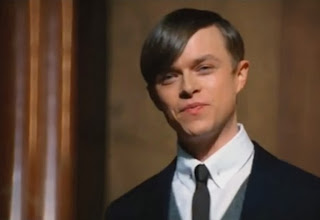 I've been singing the praises of Dane DeHaan for awhile now and I bet he'll give a great performance as Harry. The trailer is very cryptic as to what type of personality Harry is going to have, as he's definitely rocking the villainous hairstyle above. Could Harry be the Green Goblin in the movie? That point leads to... 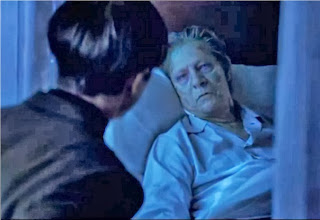 What the hell is going on with Norman Osborn? The first film only gave us whispers of some terrible illness that struck the OsCorp CEO, but we don't know what yet. Does it have something to do with the goblin serum? If so, what? I hope this second film begins to answer some of the questions raised in the first film and I hope this franchise doesn't begin to feel like one big television mini-series.

Things I didn't Like About The Trailer...
Overall, its a cool trailer. Look, I really like what I like about the trailer. I think I can learn to live with the storyline about Peter's parents and the whole OsCorp villain thing. All I hope is that Marc Webb learned from the first film. I hope he's got a better script to work with that juggles and balances all the characters he has in this second film. And above all else, I hope this second film is full of fun.

Posted by Shawn Hoelscher at 6:26 PM