WarCraft Movie Details
It seems there are plenty of video game adaptations on the horizon, and perhaps they will start being treated with the respect they deserve.

One of the most anticipated video game adapted films is "WarCraft," and information revolving the film has been pretty scarce. Recently at BlizzCon, the filmmakers behind the upcoming WarCraft film set out some details on the movie. Its not much but at least we get some information. I never played the game, so WarCraft fans, let us know if we need to get excited.

The Details:
-This doesn't sound like it will be a black-and-white movie with heroes and villains. It seems the filmmakers want us to see the side of the Orc heroes as much as the human heroes.

-Places we will visit in Azeroth will include Draenor, Dalaran; city of magic, Ironforge, and Stormwind

-The story will focus on the conflict between Anduin Lothar and Durotan, the Human and Orc heroes from the original real-time strategy games.

-It seems they are already looking at actors for the roles but no details were given.

The film will be directed by Duncan Jones who made "Moon" and "Source Code," if you haven't seen or heard of either of those, let me say they are two of the best modern science fiction films. He also seems to be very passionate about video games in general. Several members of the crew are also big fans of the gaming series, so it looks like Jones will be surrounded by people passionate about this project. There isn't a lot of information presented, but it seems like they will take the film in an interesting direction. That is coming from a film-lovers vantage point, not a gamers. Let me know if we should be excited.

Below is some concept art for the film from BlizzCon: 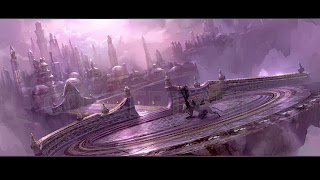 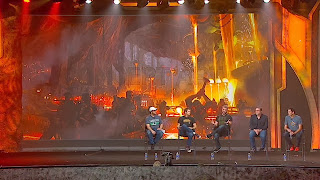 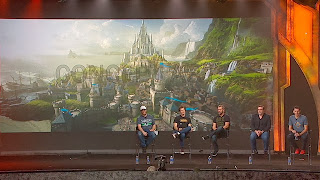 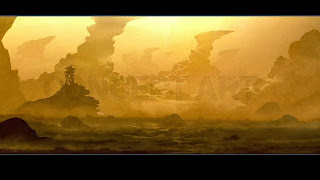