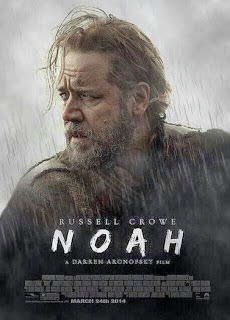 Ya know what I've missed from Hollywood lately? Christian epics, so methinks its about time we had one!

The first two trailers for the upcoming "Noah" film have hit the internet today. The film will give us an in-depth look at the task given to Noah to build an Ark before God destroyed the world by flood. The film looks gorgeous, but that definitely felt like a given. The film is being directed by Darren Aronofsky, of course the film will look gorgeous. Aronofsky not only has an eye for style, he also has an eye for narrative, so I think this is going to be a very well-written film. It will also no doubt cause seemingly endless controversy, but controversy sells doesn't it?

Posted by Shawn Hoelscher at 8:13 PM