Hugh Jackman will be Wolverine for the foreseeable future? 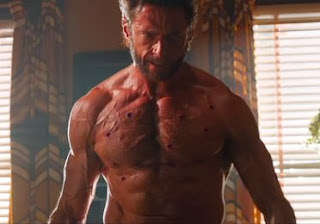 Wolverine is going to be busy after "Days of Future Past" comes out in 2014...

First of all, "The Wolverine" was a heck of an effort coming off the heals of "X-Men Origins: Wolverine." Second of all, Hugh Jackman as Wolverine is second nature at this point, he has creating an everlasting signature on the role. It would be wrong to even come close to finding some kind of replacement, plus Jackman loves the character as much as we do. Third of all, theories for this sequel will be so much fun to hatch over the upcoming years. The possibilities are endless, literally endless with Wolverine. He's a immortal mutant, there is plenty of directions the character can go. So before you think this franchise is out of gas...let me enlighten you..its not.

I don't know anything about it, all I know is Mangold is apparently the right man for the job, I say let him flourish!

Posted by Shawn Hoelscher at 8:32 PM