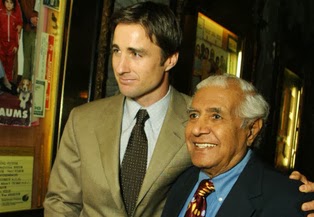 Kumar Pallana was a regular for nearly all of director Wes Anderson's comedies. He had comic lightning, he really did. My favorite work done by Pallana was definitely his work in "Bottle Rocket," a comedy which was released in 1996, the first Wes Anderson film ever made. Kumar ironically played a character named Kumar, he was a thief who had a talent with safes...or so he thought. It's great, dry, matter-of-fact humor and he sold every minute of it.

It is sad that at age 94, Kumar Pallana has passed away. His daughter confirmed his death which took place on October 10th. For his age, Pallana was sharp as a tack. His daughter confirmed that he used his iPod, IPad and drove a car up until his death. Pallana was a yoga instructor in Dallas, TX when he met and was approached by Owen Wilson and Wes Anderson. He was hired for "Bottle Rocket" soon after. Pallana dropped out of high school to become an actor.

I enjoyed Pallana appearances in films, I feel he should have been bigger than he was. From the sound of the interview with his daughter, he seemed like a family man too. Which is always good to hear. No doubt I will miss Pallana in the coming years and hope he is in a better place.